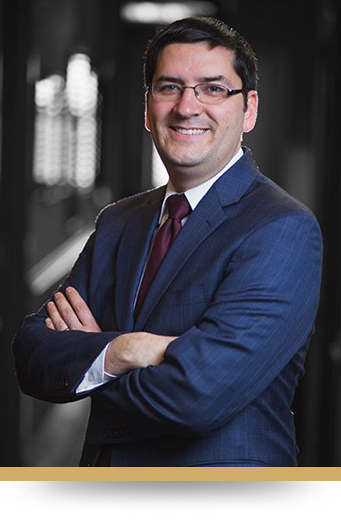 Rick Martell is a litigator with years of experience fighting for his clients in courtrooms in Maryland and New York. Before joining Wais, Vogelstein, Forman, Koch & Norman, Rick spent five years at a defense firm where he represented physicians and hospitals in malpractice cases involving birth injuries, cerebral palsy, suicide, failure to diagnose cancer, failure to prescribe anticoagulation, and the improper implantation of heart stents, to name a few.

Prior to his work in medical litigation, Rick spent several years in New York as a criminal prosecutor in the Nassau County District Attorney’s Office where he tried numerous cases to verdict and wrote appellate briefs for homicide cases. Rick also clerked for the Honorable Michael E. Loney of the Circuit Court for Anne Arundel County where he drafted written opinions and worked on the drug court team.

He earned his bachelor’s degree in liberal arts at St. John’s College-Annapolis and his law degree at the University of Maryland School of Law where he was an editor on the Journal of Race, Religion, Gender, and Class. During college and law school, Rick gained experience through clerkships and internships at the Montgomery County Public Defender’s Office, the U.S. Attorney’s Office in Baltimore, and a Baltimore firm that handled federal criminal and civil cases.

When not working on cases, Rick can be found exploring the outdoors with family and playing music with friends. Rick is conversant in Russian.