For the second time in two months, the Los Angeles County Board of Supervisors has approved a seven-figure award to settle a malpractice lawsuit. The most recent settlement of $1.5 million was announced on May 12th and stemmed from a gallbladder surgery that the plaintiff had performed at the Los Angeles County – USC hospital in 2011. 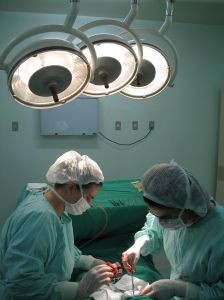 According to a Los Angeles Times article, two of the plaintiff’s veins were accidentally severed during the surgery, leading to a more complicated procedure and several other negative side effects. The plaintiff filed suit seeking compensation for these injuries.

A separate lawsuit, filed by a man who was left paralyzed from being treated at the hospital after he collapsed while playing basketball, was settled for $4.5 million on March 31. According to the L.A. Times article, the lawsuit alleged that the hospital had failed to diagnose a problem with the patient’s recently repaired aorta in time to prevent his paralysis. The hospital likely agreed to settle the lawsuit out of concern that a larger verdict could be awarded to the plaintiff if a jury found that the doctor’s or hospital’s negligence was responsible for the man’s paralysis.

If a plaintiff can prove that they were injured because they did not receive treatment that met the professional standard of care in the relevant medical field, the plaintiff may be able to receive damages to compensate them for the expenses and permanent loss that can come from a botched medical procedure.

Family members of those who pass away during a surgical procedure may be able to receive compensation for medical and funeral expenses, lost wages, loss of companionship, and ongoing medical and personal costs related to the loved one’s disability or injury.