The United States Court of Appeals for the Federal Circuit, which hears appeals from federal administrative agency decisions, recently released an opinion that reversed the dismissal of a claim made by parents who allege that their daughter developed epilepsy as a result of receiving her second dose of the measles, mumps, and rubella (“MMR”) vaccine. Based on the court’s ruling, the plaintiffs’ claim will be reconsidered by the administrative judge with an order from the appellate court to consider evidence that was previously excluded from consideration, and they may be compensated for their claim that the vaccine resulted in their child’s disorder. 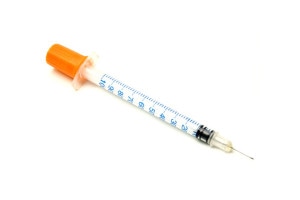 The case of Moriarty v. U.S. Secretary of Health and Human Services was filed on behalf of a four-year-old girl who started having seizures in January 2001 and was diagnosed with epilepsy shortly thereafter. According to the facts recited in the court’s decision, the girl had not had seizures prior to January 2001 and experienced her first seizure five days after receiving a MMR vaccine at school. After her first seizure, she continued to have worsening seizures with increasing frequency until she was put on an appropriate dose of anti-epileptic medication to control the seizures. Her parents filed a claim against the government under the National Childhood Vaccine Injury Compensation Program, which allows victims who are injured or killed as a result of a vaccine to seek administrative compensation for the damage.

Procedure for Filing a Successful Claim Under the Vaccine Act

For an injured party to collect government compensation for the harmful effects of a vaccine, the plaintiff must make a claim against the federal government under the National Childhood Vaccine Injury Compensation Program, also referred to as the “Vaccine Act.” A qualified Maryland medical malpractice attorney can help their client fulfill all of the requirements for a successful claim. For a Vaccine Act claim to be successful, plaintiffs must demonstrate causation between the patient being vaccinated and the claimed health problem.

Causation can be shown in one of two ways. For some vaccines that are commonly known to cause certain health problems, the plaintiff must only show that they were diagnosed with the condition within a certain amount of time after the vaccine was administered, and the claim will be accepted, and the plaintiff can receive compensation. In a second category of claims for allegations concerning vaccine side-effects that are less commonly known, the plaintiff must demonstrate (1) an accepted medical theory that the vaccine given can cause the injury, (2) a logical cause and effect sequence between the administration of the vaccine and the alleged problem, and (3) a close time-frame between the vaccine’s administration and the alleged injury. These types of claims may be more difficult to prove, but plaintiffs will receive compensation if they can prove the three elements.

In the Moriarty case, the plaintiffs’ allegation was relatively uncommon, so they were required to prove all three elements of causation to receive compensation. At the administrative level, the judge determining the claim refused to consider certain items of evidence and articles that the plaintiffs introduced to prove the first and second elements. The U.S. Court of Appeals found that the refusal to consider all of the plaintiffs’ proposed evidence was an error, and it ordered the lower court to reconsider the decision. It is unknown if the plaintiff’s claim will succeed, but this victory will certainly give them another chance.

Do You Need a Malpractice Attorney?

If your child has been injured or developed health problems after receiving a vaccine, you may be entitled to compensation for the losses and costs that you are facing as a result. A claim under the Vaccine Act can be difficult to prove, but the qualified Maryland and Washington, D.C. medical malpractice attorneys at Wais, Vogelstein, Forman, Koch & Norman can help you seek the results you deserve. Our aggressive Maryland vaccine injury attorneys are experienced in multiple state and federal courts, as well as in administrative proceedings. Contact the Maryland malpractice attorneys at Wais, Vogelstein, Forman, Koch & Norman now to discuss your case. We represent victims of medical malpractice and negligence nationwide. Call us today at (410) 998-3600 or contact us online for a free consultation.

By Wais, Vogelstein, Forman, Koch & Norman, LLC | Posted on May 16, 2016
« Doctor Removes Wrong Rib from Patient During Surgery and Attempts to Cover Up the Mistake
After Dismissal of Medical Malpractice Lawsuit for a Deficient Certificate, Court Rules Plaintiff Must Re-Do Arbitration Process »