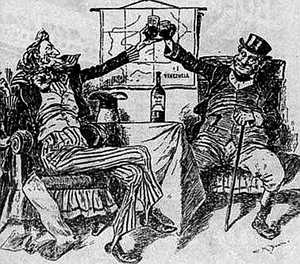 Before filing a medical malpractice lawsuit, Maryland state law requires a person to complete an arbitration proceeding and produce a certificate and report from an expert witness. Failure to meet these requirements can result in dismissal of the lawsuit. Strict time limits for filing suit make these first steps critically important. The statute permitting dismissal for a deficient certificate does not specify if the plaintiff can re-file a lawsuit or must return to the arbitration office. The Court of Special Appeals ruled late last year in Puppolo v. Adventist Healthcare, Inc. that a plaintiff must start over with arbitration.

Maryland’s Health Care Malpractice Claims Act (HCMCA) requires plaintiffs to submit a claim to an administrative agency, the Health Claims Arbitration Dispute Resolution Office (HCADRO), before filing suit. A plaintiff must also produce a certificate and report from a qualified expert identifying the relevant standard of care and describing the alleged breach. Nearly every word of that sentence has been the subject of dispute, from the sufficiency of the report’s contents to the expert’s qualifications to offer an opinion about the defendant.

The plaintiff in Puppolo is the daughter of a woman who was admitted to Washington Adventist Hospital (WAH) in August 2006 after suffering a stroke. She suffered an intracranial hemorrhage at the hospital and went into a coma that lasted six weeks. She continued to suffer from complications related to her coma, including bedsores, infections, and other severe injuries. She died in December 2008.

The plaintiff filed a claim with HCADRO against WAH and the doctor who examined the patient on the day she was admitted. The parties waived arbitration, and the plaintiff filed suit in Montgomery County Circuit Court in May 2010. She alleged multiple breaches of the standard of care, including an inappropriate dosage of an anticoagulant medication and failure to make a timely diagnosis of her cranial bleeding. The court dismissed her complaint against WAH, finding that her expert report did not identify specific medical professionals employed by WAH who violated the standard of care.

She filed a second lawsuit against WAH, which the court consolidated with the prior suit still pending against the doctor. The court granted a motion to dismiss brought by WAH, finding in part that the HCMCA required her to return to HCADRO first. The Court of Special Appeals affirmed this order, citing multiple administrative deficiencies, such as the expert report’s failure to comply with the scheduling order, to support its ruling. It also held that the trial court did not abuse its discretion by denying the plaintiff’s request to amend the expert report. It instead found it preferable to send her back to square one at HCADRO.

Wais, Vogelstein, Forman, Koch & Norman’s medical malpractice attorneys have represented Maryland patients and their families for over twenty years, and have extensive knowledge of the laws and procedures governing Maryland lawsuits. We are available 24/7 and can visit you in your home or at the hospital. To schedule a free and confidential consultation to discuss how we may assist you, please contact us today online, at (410) 567-0800.