The Idaho Supreme Court recently released a decision in a medical malpractice case that reversed a lower court’s ruling in favor of the defendant, who had been accused of negligently causing the death of a patient by committing medical malpractice. The most recent ruling in the case of Navo v. Bingham Memorial Hospital held that the plaintiffs should have been permitted to sue the hospital over the alleged malpractice of an anesthesiologist who treated the deceased patient, even though the anesthesiologist was designated as an independent contractor on the medical forms executed by the patient before he underwent the surgery that resulted in his death. 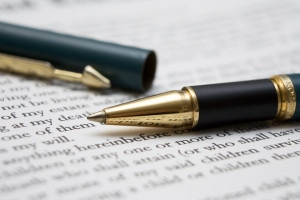 The plaintiffs in Navo v. Bingham Memorial Hospital are the surviving family members of a man who had a surgery performed at the defendant hospital to remove a metal rod that had been placed in his ankle after a prior injury and had caused an infection. The man agreed to the surgery and to go under anesthesia beforehand, but mistakes were allegedly made by the anesthesiologist during the procedure that resulted in his death.

After the man’s death, his surviving family members filed a wrongful death by medical malpractice lawsuit against the medical provider who administered the anesthesia, as well as the hospital where the procedure took place. After the case was filed, the hospital asked the district court to dismiss the claim against it, arguing that the anesthesiologist was an independent contractor and that he alone should be responsible for any malpractice that resulted in the patient’s death.

Based on the agreement signed by the patient before he underwent the procedure, the district court granted the hospital’s motion, but the plaintiff appealed the ruling to the state’s supreme court.

The state high court did not agree with the lower court’s decision and reversed the ruling based on the doctrine of “apparent authority.” The court found that although the anesthesiologist was an independent contractor rather than an employee of the hospital, the hospital acted as if he was an employee and even suggested such a relationship existed in advertisements and correspondence with the public. Based on these findings, the hospital could therefore be held accountable for the medical provider’s negligence in a medical malpractice claim.

The court found that the forms denoting the anesthesia provider as an independent contractor were not completely clear as to his relationship to the hospital, and the patient could have reasonably believed that the doctor was an employee, based on all of the relevant facts available to him at the time he agreed to undergo the procedure. Based on the most recent ruling in the case, the lawsuit will go back to the district court and proceed toward a trial or settlement to compensate the plaintiffs for their loss.

By Wais, Vogelstein, Forman, Koch & Norman, LLC | Posted on May 16, 2016
« Doctor Removes Wrong Rib from Patient During Surgery and Attempts to Cover Up the Mistake
After Dismissal of Medical Malpractice Lawsuit for a Deficient Certificate, Court Rules Plaintiff Must Re-Do Arbitration Process »