The Supreme Court of Tennessee recently released an opinion in the case of White v. Beeks, reversing a verdict that had relieved a doctor accused of malpractice from liability. The Supreme Court disagreed with the Tennessee Court of Appeals, which affirmed the verdict on the initial appeal, and ruled that the trial court’s exclusion of certain evidence at trial was a reversible error that likely affected the verdict. Because of the most recent ruling, the plaintiff was given a new trial and will have another chance to recover damages for the injuries allegedly caused by the defendant.

The Plaintiff Suffered Complications after a Back Surgery 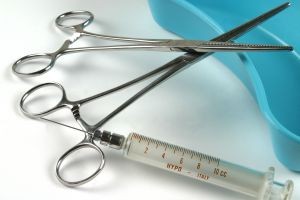 The plaintiff in the case was being treated by the defendant, an orthopedic surgeon, for back pain and underwent spinal fusion surgery in 2006 as part of the recommended treatment. About six weeks after the surgery, the plaintiff’s pain worsened, and he was diagnosed with ectopic bone growth in his spine at the site of the surgery.

What is Informed Consent?

Although the specific language of informed consent statutes can vary, patients are protected by informed consent laws nationwide. If a plaintiff is able to prove that their doctor did not give them adequate information to make an informed decision, and that a reasonable person in their position would not have consented to the procedure had the adequate information been provided, the patient may be able to recover damages for any injuries caused by the procedure. A doctor may even be found liable for damages based on proof that the procedure was performed negligently if the patient was not adequately informed of the possible side effects before giving consent.