Earlier last month, the 10th Circuit Court of Appeals decided a case that may have implications for birth injury cases that involve soldiers or that arise on U.S. military bases. In the case, Ortiz v. United States, the plaintiff was the husband of an active-duty service member who became pregnant and was admitted to Evans Army Community Hospital for a cesarean section. 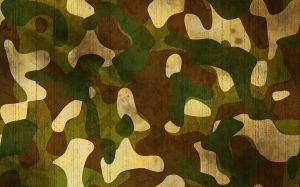 However, after the plaintiff’s wife was admitted to the hospital, complications arose when she was given medication in preparation for surgery. Specifically, she was allergic to the medication provided. This caused her blood pressure to drop as she began to suffer from hypotension. As a result of the mother’s hypotension, the baby suffered a loss of oxygen and was born with severe life-changing injuries.

The plaintiff then filed suit against the United States government, seeking compensation for his daughter’s injuries, future medical expenses, and future life-care needs. However, the case never made it to trial because the court dismissed the case under the theory that the federal government was immune from suits arising out of injuries that are “incident to service.”

The Circuit Court of Appeals Opinion
On appeal, the Circuit Court affirmed the dismissal of the plaintiff’s claim, reinforcing what has been come to be known as the “Feres doctrine.” The Feres doctrine stands for the proposition that the government cannot be held liable for any military service-related injuries. While the case originally was applied to accidental deaths caused by other service members while in combat, the court explained that the doctrine has been expanded to include “practically any suit that implicates the military’s judgment and decision.”

In affirming the dismissal of the plaintiff’s case, the Court acknowledged the seemingly unfair result. However, the opinion explained that it was bound by precedent, and it was not in the court’s power to overrule the Feres doctrine.

Birth Injury Suits
Generally speaking, when a doctor, nurse, or other hospital employee is responsible for a preventable birth injury, they can be held liable for the injury. In some cases, such as the one discussed above, it may be trickier than initially anticipated, based on who the defendant is. State and local governments are sometimes immune from lawsuits unless there is especially egregious conduct. In any case, if you have any questions about whether you may be entitled to monetary compensation, contact an experienced Maryland birth injury attorney today.

Are You Looking For a Dedicated Attorney?

If you or a loved one has recently suffered through some kind of preventable birth injury, you may be entitled to monetary compensation. However, there are myriad hurdles and roadblocks that will likely stand in your way. Therefore, you are best served by retaining the assistance of an experienced attorney. At the Maryland personal injury firm of Wais, Vogelstein, Forman, Koch & Norman, we have the experience, dedication, and know-how to effectively bring a birth injury case against the responsible parties. To learn more, and to speak to an attorney about your case, call (410) 567-0800 to schedule a free initial consultation.