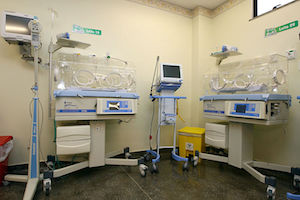 The parents of an infant who died a few days after birth filed a medical malpractice lawsuit, Golub v. Good Samaritan Hosp. Med. Ctr., et al, in a New York state court against the hospital, the medical practice that provided prenatal care, and the doctors who treated her at each location. They sued in their capacity as administrators of the child’s estate, and the mother brought claims individually. The defendants filed motions for summary judgment, which would require the court to dismiss the case if the defendants can demonstrate the absence of a genuine issue of material fact. The court provided a detailed and lengthy description of the opinions offered by both sides’ expert witnesses and, because the experts reached different conclusions, held that one or more genuine issues of material fact existed.

Plaintiff Catherine Golub received prenatal care from defendant Peter Judge, M.D. at defendant South Bay OB/GYN, according to the court’s order. Her initial estimated due date was May 29, 2005. She began to feel unwell on June 6, when she was at 41 weeks, which developed into stomach cramping the following evening. The morning of June 8, she experienced vaginal bleeding and was instructed to go to defendant Good Samaritan Hospital. She was placed on a fetal monitor, taken to a labor room, and examined by defendant Maria Lockhart, M.D. just before noon.

At 2:00 p.m., the fetal heart rate had dropped to 60 beats, and Lockhart observed thick meconium (fetal stool) after rupture of the membranes. She ordered an emergency C-section, and the baby, John Timothy Golub, was delivered at 2:15 p.m. He had severely depressed respiration and no palpable heart rate at first. His Apgar score, which measures how well an infant tolerated delivery based on breathing, heart rate, muscle tone, and reflexes, was zero for the first ten minutes, but later improved to three. Ten is the highest possible Apgar score, but seven or higher is considered healthy. He was diagnosed with multiple conditions, including meconium aspiration syndrome, metabolic acidosis, persistent pulmonary hypertension, and hypoxic ischemic encephalopathy. He died four days later, on June 12.

The lawsuit asserted claims on behalf of the child’s estate for conscious pain and suffering, wrongful death, and lack of informed consent. The mother’s individual cause of action claimed medical malpractice causing physical injuries and emotional distress. The defendants provided deposition transcripts, affidavits, and medical records from two medical doctors in support of their motions for summary judgment. The plaintiffs responded with affirmations and reports from additional physicians.

The court, in ruling on the defendants’ motions, noted that the required elements in a medical malpractice claim are a breach of an accepted standard of care in a defendant’s field of practice, and evidence that this breach was a proximate cause of the plaintiff’s injury. The defendants presented experts who testified that the relevant standard of care was met, while the plaintiffs’ experts offered opinions that the standard was breached. Since the parties offered conflicting opinions, the court held that genuine issues of fact exist, and denied the motions.

The birth injury attorneys at Wais, Vogelstein, Forman, Koch & Norman have between them more than 75 over 200over 200 years of combined experience representing people in Maryland and Washington, D.C. who have suffered injury due to the negligence of doctors and other medical professionals. Please contact us today online, at (410) 567-0800 to schedule a free and confidential consultation with a knowledgeable advocate.