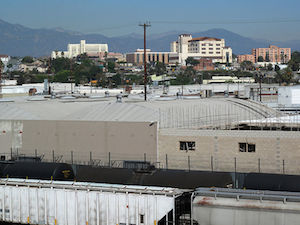 An appellate court has ruled that a family’s medical malpractice lawsuit may proceed after the trial court dismissed it as untimely. The plaintiffs in Arroyo v. Plosay allege that their mother died inside a hospital morgue freezer after being incorrectly declared dead. The family had originally filed suit for alleged disfigurement of her remains, but filed a new lawsuit after an expert witness concluded that she was alive when the injuries occurred. The new lawsuit asserted causes of action for medical negligence, wrongful death, and, alternatively, negligence based on the theory that the hospital mishandled her remains.

The decedent, eighty year-old Maria de Jesus Arroyo, was taken by ambulance to White Memorial Hospital in Los Angeles, California, on July 26, 2010 after suffering a heart attack. Hospital staff pronounced her dead shortly after her arrival, and her body was placed in a freezer in the hospital morgue. Workers from a mortuary company came to retrieve the body several days later. They found the body lying face-down in the freezer with a broken nose and multiple contusions and lacerations. The injuries, which the mortuary company said it could not mask, were not present earlier when the family viewed the body.

Arroyo’s eight children filed suit against the hospital on January 31, 2011. Concluding that the injuries occurred after Arroyo’s death, they asserted causes of action for negligence and intentional infliction of emotional distress. The court dismissed several of the plaintiffs’ claims, and the plaintiffs voluntarily dismissed the remaining claims in January 2012. They filed a new lawsuit in May 2012 against the hospital and the doctor who pronounced Arroyo dead. An expert retained by the plaintiffs concluded, based on deposition transcripts from the earlier lawsuit, that the declaration of death was premature, that Arroyo had regained consciousness inside the morgue freezer, and that the injuries resulted from her efforts to escape.

The plaintiffs alleged medical negligence and wrongful death based on the allegation that the injuries occurred pre-mortem. They based their third cause of action, negligence, on the original theory of post-mortem damage. California’s statute of limitations for medical malpractice suits requires a plaintiff to file suit within the earlier of three years of an injury, or one year after the date they discovered, or should have discovered, the injury. (Maryland law sets a time limit for medical malpractice claims of five years after the injury or three years after its discovery.) To get around this deadline, the plaintiffs claimed that they could not have learned of Arroyo’s injuries until they received the expert’s opinion in December 2011.

The trial court dismissed the lawsuit, holding in part that the complaint was time-barred because the plaintiffs knew about Arroyo’s injuries in July 2010, giving them one year to file suit from that date. The appellate court reversed as to the medical negligence and wrongful death claims, but affirmed the dismissal of the general negligence claim. It held that the one-year statute of limitations for claims based on a pre-mortem injury theory did not begin until December 2011.

For more than twenty years, Wais, Vogelstein, Forman, Koch & Norman’s medical malpractice attorneys have represented Maryland patients and their families, helping them recover damages for injuries resulting from misdiagnosis, surgical errors, medication errors, and other forms of medical negligence. We are available 24/7 and can visit you in your home or at the hospital. To schedule a free and confidential consultation to discuss your case, please contact us today online, at (410) 567-0800.