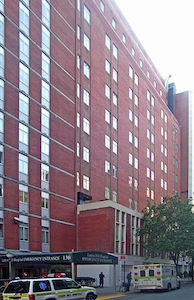 A mother filed a lawsuit on behalf of her son against her OB/GYN and the hospital where she gave birth, claiming medical malpractice and lack of informed consent. She claims that injuries sustained during delivery, as well as acts or omissions during prenatal and neonatal care, have caused “severe and permanent neurological and physical injuries.” The hospital moved for summary judgment, claiming that no triable issues fact existed as to any of the plaintiff’s claims. The Supreme Court for New York County allowed the claims for medical malpractice during labor and delivery to proceed. It granted summary judgment, however, on the plaintiff’s claims relating to prenatal and neonatal care.

The mother received prenatal care from Inga Zilberstein, M.D. Her pregnancy was considered high-risk because of idiopathic thrombocytopenic purpura, a condition that impedes normal blood clotting. She was also diagnosed with gestational diabetes. She went to Lenox Hill Hospital (LHH) in Manhattan for induction of labor on March 9, 2008. The fetal heart rate fluctuated considerably for several hours, and the mother began labor around 6:45 a.m. on March 10. Dr. Zilberstein performed an artificial rupture of her membrane at 12:44 p.m., when a small amount of meconium, or fetal stool, was noted. She gave birth at 7:20 p.m. The child’s umbilical cord was “loosely” wrapped around his neck, and staff noted “moderate meconium.”

The child experienced numerous difficulties shortly after birth. His initial APGAR score, which measures his overall health after the delivery process, was 3. A 7 or higher is considered healthy. The score improved to 8 after ten minutes. He experienced several seizures on March 11 and 12. The neonatology attending physician informed the parents on March 13 that the child might have suffered from placental insufficiency, meaning he did not receive sufficient blood flow to the placenta in utero. After several days passed with no seizures, the child was discharged on March 19.

The parents filed suit against Dr. Zilberstein and LHH in October 2011. They claimed medical malpractice at various points during prenatal care, labor and delivery, and neonatal care, resulting in injuries to the child including brain damage, learning and motor impairments, and a need for assisted living.

LHH moved for summary judgment, claiming that the plaintiffs had presented no triable issues of fact against it. It had not provided any of the mother’s prenatal care, it claimed, and all of the care provided during and after labor and delivery met the applicable standards of care. It also alleged that Dr. Zilberstein bore responsibility for the mother’s labor and delivery.

The plaintiffs claimed that Dr. Zilberstein was not present during all stages of labor and delivery, and that LHH staff did not inform her of issues with the fetal heart rate. The court agreed that no triable issues of fact existed in the claims against LHH of negligent prenatal and neonatal care. It also found, however, that the plaintiffs had demonstrated triable issues of fact with regard to LHH’s negligence during labor and delivery. It allowed those claims to proceed.

The birth injury lawyers at Wais, Vogelstein, Forman, Koch & Norman have over 100 years of collective experience dealing representing the rights of people in Maryland and Washington, D.C. injured by the negligence of doctors and other medical professionals. To speak to a knowledgeable advocate about your birth injury or other medical malpractice issue, please contact us today online, at (410) 567-0800 to schedule a free and confidential consultation.