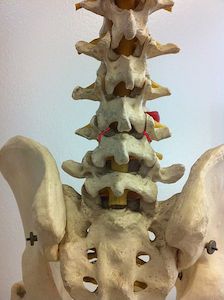 A jury awarded $7.5 million to the plaintiff and his wife in a medical malpractice lawsuit. The plaintiff claimed that staff at Brookwood Medical Center (BMC) in Birmingham, Alabama failed to communicate changes in his condition during an overnight stay to doctors, resulting in the need for emergency surgery the following day. The staff’s error, the lawsuit alleged, caused permanent and debilitating injuries. After a trial at which the plaintiff’s doctor testified as an expert against the hospital, the jury found for the plaintiff.

The plaintiff developed sudden, severe back pain on September 11, 2010, two days after undergoing back surgery. He described the pain as originating in his back and radiating down both of his legs. He also reported a loss of feeling in both legs. His neurosurgeon, Dr. Tom Staner, instructed his wife to take him to BMC’s Emergency Department.

Dr. Staner, in consultation with an ER physician at BMC, ordered a CT scan of the plaintiff’s lower back. The scan showed a small hematoma, a collection of blood outside a blood vessel, near his lower spine. The neurologist, the ER physician, and the on-call radiologist jointly decided to admit the plaintiff for monitoring overnight.

The plaintiff experienced several complications during the night. He developed urinary incontinence and found he could not move his legs. Despite specific orders to report any changes in the plaintiff’s condition to the on-call doctors, the nurses working that night allegedly failed to do so. Dr. Staner reportedly first learned of the plaintiff’s condition when he arrived at the hospital at 10:00 a.m. the following morning.

A new CT scan of the plaintiff’s lower back showed that the hematoma had grown. It was compressing the spinal nerves at the base of the spinal cord, known as the Cauda Equina. Injury to this area can cause Cauda Equina Syndrome (CES), a surgical emergency that can result in severe lower back pain, loss of motor function, incontinence, and sexual dysfunction. Dr. Staner performed emergency surgery, but the delay had caused irreparable damage to the lower spinal area, with symptoms consistent with CES. The plaintiff reportedly now suffers from permanent incontinence and impotence.

The plaintiff and his wife sued BMC for medical malpractice, claiming that the hospital staff’s failure to report his symptoms during the night of September 11-12 violated the standard of care and caused his injuries. A jury trial began on February 24, 2014. Dr. Staner testified for the plaintiff. He said that, had the hospital informed him of the plaintiff’s condition, he would have gone to the hospital that night to perform emergency surgery. Another neurosurgeon testified that the plaintiff’s condition would have been substantially improved had his doctor been able to perform surgery sooner.

For more than twenty years, the medical malpractice attorneys at Wais, Vogelstein, Forman, Koch & Norman have represented Maryland patients and their families. We have extensive knowledge of the laws and procedures governing Maryland lawsuits. We are available 24/7 and can visit you in your home or at the hospital. To schedule a free and confidential consultation to discuss your case, please contact us today online, at (410) 567-0800