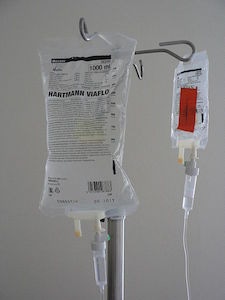 A man recovering from cancer surgery avoided injury from an error by hospital staff that resulted in him receiving medication intended for a different patient. He and his wife say that they noticed several errors during his stay at the Health Sciences Center (HSC) in Winnipeg, Manitoba, Canada. That hospital has reportedly identified around two thousand medication errors that have occurred in the past two years. While most of those errors did not cause any injury to patients, some of them were described as “critical incidents” resulting in severe injury or death. Much like in the United States, medication errors cause or contribute to thousands of deaths in Canada every year. Many hospitals also reportedly have a poor track record with regard to reporting medical errors or improving their procedures to avoid future errors.

CBC News reported the story of 72 year-old Karl Kollinger, who underwent cancer surgery on March 18, 2014 at HSC,. After two days of recovery, Kollinger’s wife noticed someone else’s name on the bag containing his intravenous drip medication. She called in a nurse, and realized that the hospital had never given Kollinger an identification wristband. The wristband is critically important for identifying patients in the often-chaotic environment of a hospital. Kollinger was supposed to be receiving an intravenous drip of a drug to control his stomach acid, but instead he received an antibiotic intended for the other patient in his hospital room.

HSC has reported about two thousand medication errors in the past two years, according to CBC. The hospital stresses that the majority of those errors caused no harm to patients. Its records reportedly show that in the past three years it has had fourteen “critical incidents” involving medication errors. In ten of those cases, the patient was seriously injured, and the patient died in two cases.

In 2004, CBC reported that “preventable medical errors” were responsible for 9,000 to 24,000 deaths per year in Canada. This data came from a study published in a Canadian medical journal using data obtained by a government health agency. Medication errors were among the most common type of error, with as many as one in nine adults who received medical care reporting that they had either received the wrong medication or the wrong dosage.

Also, much like the U.S., Canada does not have a consistent system for reporting medical errors, although both countries are making improvements. A few provinces have enacted legislation requiring hospitals to report certain types of incidents. Voluntary reporting generally does not capture a significant number of errors, often as little as fifteen percent, according to CBC. An important issue for both Canada and the U.S. is getting hospitals to report adverse events and using the information in a way that helps prevent future similar incidents.

Wais, Vogelstein, Forman, Koch & Norman’s medical malpractice attorneys have represented Maryland patients and their families for more than two decades, and have extensive knowledge of the laws and procedures governing Maryland medical malpractice claims. We are available 24/7 and can visit you in your home or at the hospital. To schedule a free and confidential consultation to discuss how we may assist you, please contact us today online, at (410) 567-0800.