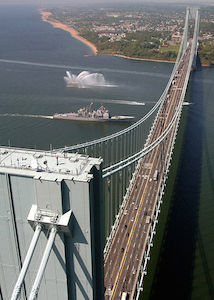 A teenager suffering from cerebral palsy since birth and her family obtained a verdict of about $100 million in a lawsuit against the hospital where she was born. She was one of a pair of twins born prematurely. While her sister was born healthy, she suffered a brain injury during delivery that has left her in need of full-time care. Two doctors who treated her mother were found not liable, but a jury found the hospital liable for failing to recognize that the mother was in labor.

The plaintiff’s mother, pregnant with twins, suffered a premature rupture of membranes and checked into the hospital on January 13, 1995, according to a statement of facts in a court order dated October 24, 2011. She transferred to St. Vincent’s Medical Center-Staten Island (SVMC) the following day because it had better intensive-care facilities. She was not in active labor at the time of her admission, although she had mild contractions during her first night at SVMC. She began contractions on January 18 and was moved to the labor and delivery area. The contractions ceased later that day, and she was put on bed rest. She was only twenty-five weeks into her pregnancy at the time.

The mother began experiencing “mild abdominal pressure” at about 11:00 p.m. on January 21, which worsened at about 2:50 a.m. on January 22. She was taken back to the labor and delivery area, where cervical dilation progressed quickly. When it reached ten centimeters, she delivered the plaintiff without an episiotomy. The plaintiff’s twin sister was born shortly afterwards with no injuries, but the plaintiff’s injuries included cerebral palsy, spastic quadriplegia, and grade I intraventricular hemorrhage. She has multiple neurological impairments, and will continue to require assistance for her entire life.

The plaintiff and her family filed suit on July 14, 2004 against SVMC and several of the doctors who treated the mother during her stay at the hospital. They alleged various breaches of the doctors’ standard of care, including failure to identify the mother’s premature contractions, to prevent a premature delivery, and to perform as episiotomy before delivery. The case was delayed for years, in part, because certain records had supposedly been lost. While a motion to redress spoliation of evidence was pending, SVMC located the records in September 2009. After a round of summary judgment motions, the case went to trial in August 2012.

A Staten Island jury awarded the family past pain and suffering damages of $17 million and future pain and suffering damages of $60 million on August 24, 2012. It also awarded future medical expenses and lost wages totaling about $26 million. The total verdict was estimated at about $103 million. SVMC filed for bankruptcy in 2010, so the actual payout might have been limited to the hospital’s $16 million in insurance coverage.

Wais, Vogelstein, Forman, Koch & Norman’s birth injury attorneys have accumulated more than 100 over 200over 200 years of combined experience representing people in Maryland and Washington, D.C. who have suffered injury due to the negligence of doctors and other medical professionals. To speak to a knowledgeable advocate about your birth injury or other medical malpractice issue, please contact us today online, at (410) 567-0800 to schedule a free and confidential consultation.