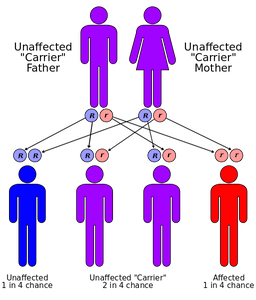 A woman who sued her doctor for “wrongful pregnancy” may proceed with a claim for damages for her fourth child’s ongoing medical expenses, according to an appellate court ruling in Williams v. Rosner. The plaintiff alleged that she became pregnant because of a botched tubal ligation, which she opted to undergo because of a substantial risk of passing on a genetic disorder to a child. She gave birth to a daughter with the disorder, who will require lifelong medical care. The trial court denied the defendant’s motion to dismiss her claim for the extraordinary expenses involved in raising the child. It certified a question to the appellate court as to whether such damages are recoverable, however, which the appellate court answered in the affirmative.

The plaintiff and her husband both carry the gene for sickle cell disease, a blood disorder that can cause serious health complications. Carriers of the gene do not suffer any symptoms, but can pass it on to their children. If both parents are carriers, there is a twenty-five percent chance that their child will have the disease and a fifty percent chance that the child will be a carrier. The plaintiff’s and husband’s first child was born with the disease.

Because of the risk to subsequent children, the plaintiff decided to undergo a tubal ligation, in which her fallopian tubes are closed off, disconnecting the ovaries from the uterus. The procedure is commonly known as having one’s tubes tied. The plaintiff had lost her right ovary to a cyst when she was twelve years old, so she only needed the procedure on the left side. She had the surgery in December 2008, but in June 2009, she became pregnant. She gave birth to a daughter in February 2010. She learned then that her doctor had performed the tubal ligation on her right fallopian tube instead of her left. The daughter was later diagnosed with sickle cell disease.

The defendants moved to dismiss the wrongful pregnancy claim, arguing that no statute or precedent case in Illinois allows parents to recover the costs of raising a child born with a genetic abnormality after unsuccessful sterilization. The trial court denied the motion, but certified the question to the Court of Appeals.

The Court of Appeals “decline[d] to impose a rigid arbitrary limitation” on the plaintiffs’ damages. The key issue in similar prior cases, it noted, was whether the child’s condition was foreseeable. It held that the plaintiffs could make a case for foreseeability based on the defendant’s knowledge of the risk of sickle cell disease and their desire not to pass it on to any more children.

The birth injury lawyers at Wais, Vogelstein, Forman, Koch & Norman have over 100 years of collective experience dealing representing the rights of people injured by the negligence of doctors and other medical professionals. From our offices in Baltimore, Maryland, we represent the people of Maryland and Washington, D.C. To speak to a knowledgeable advocate about your birth injury or other medical malpractice issue, please contact us today online, at (410) 567-0800 in to schedule a free and confidential consultation.