The federal government and most U.S. states place limits on the amount of damages a medical malpractice victim is able to recover from a claim against medical providers whose negligence resulted in the victim’s injury, disability, or death. The maximum amount of damages allowed by the caps and the types of damages affected by the limits vary from state to state, and they are often the subject of intense political wrangling in state legislatures nationwide.

Why Do States Limit Malpractice Damages? 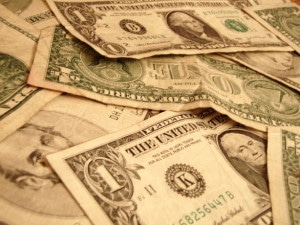 The idea that a state legislature, or the federal government in the case of Washington, D.C., would limit the ability of a jury to award an amount of damages they find appropriate can be disconcerting, since the jury is supposed to be empaneled to evaluate the specifics of each case and award a just and fair verdict. Damages caps in some states have been implemented in response to the idea that malpractice damages had gotten out of control and prevented doctors from practicing in those states. As damages caps became more commonplace, other states responded by implementing similar limits, sometimes in response to demands from lobbyists in the medical industry.

What Types of Damages are Limited by the Caps?

Statutory caps on medical malpractice damages usually come in one of two categories, limiting either the economic or non-economic damages that can be awarded in a malpractice claim. Economic damages are limits on the amount of damages that victims of malpractice can receive as compensation for the direct economic loss related to their claim of medical malpractice. Economic damages can include medical expenses, ongoing medical costs, and funeral expenses, as well as compensation for lost wages and future earning ability in the event a victim is disabled or killed by the negligence of a medical provider.

It is more common for states to place limits on the non-economic damages relating to a medical malpractice claim. Non-economic damages include compensation for pain and suffering, loss of the meaningful companionship of loved ones, anxiety, loss of the enjoyment of life, scarring or disfigurement, and the other negative effects of medical malpractice. Many of these damages are difficult to reduce to a dollar figure, and they can vary greatly from plaintiff to plaintiff and from case to case.

Do You Need a Malpractice Attorney?