The Seventh Circuit United States Court of Appeals recently released an opinion in which it affirmed the dismissal of a case filed by the mother of an alleged birth injury victim who claims her daughter was born with an arm injury and developed Erb’s Palsy as a result of medical negligence surrounding the care leading up to the child’s birth. The appellate court agreed that the plaintiff’s initial filing of a lawsuit against the defendant in state court was not made soon enough, and that her lawsuit is now forbidden by the two-year statute of limitations that controls the woman’s ability to sue over the claim. 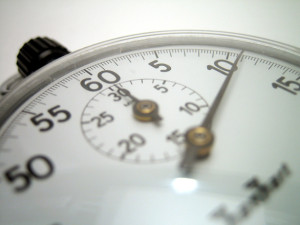 After Several Prenatal Appointments, Medical Providers Failed to Notice and Account for the Abnormally Large Fetus

At the time the plaintiff in the case of Blanche v. The United States arrived at the defendant hospital, suffering from abdominal pain and suspecting she was going into labor, she had previously gone to an affiliated health center for a total of 12 prenatal visits throughout her pregnancy. Upon her arrival at the hospital, labor was induced. Although the child suffered from macrosomia and was unusually large, a natural delivery was attempted. According to the court’s opinion, the baby became stuck during the labor, and additional maneuvers were required to complete the delivery. The baby was born more than 24 hours after the plaintiff arrived at the hospital.

After her child was born, the plaintiff did not see her child until she was in the intensive care unit with her arm in a splint, being treated for a shoulder or arm injury. The doctor who delivered the child at some point apologized to the plaintiff for how the delivery occurred, and she eventually returned home with the child’s arm in a splint. According to the case that was later filed, the child allegedly developed brachial plexus palsy, or Erb’s Palsy, from the difficult birth.

Erb’s Palsy occurs when the upper nerves in the brachial plexus, which connect the neck and shoulders to the arms and hands, become stretched or damaged during a difficult delivery. Such a diagnosis can lead to permanent loss of feeling and mobility in the hands, fingers, and arms.

The Plaintiff Files a Birth Injury Lawsuit, But It’s Too Late

Over two years after the child was born, the plaintiff contacted an attorney to sue the defendant for negligently allowing her child’s birth injury to occur. The plaintiff claimed that she did not initially know that the injuries suffered by her child during labor would be permanent, and she did not previously intend to seek compensation for the injuries until she realized the seriousness of the injuries. Since the defendant was being sued in its capacity as a federal provider of health care under the United States Health Service, the procedures for suing the federal government are outlined in the Federal Tort Claims Act. The Federal Tort Claims Act has a two-year statute of limitations that forbids any lawsuit from being filed after two years from the date that the claim accrued or the plaintiff should have known so. Since the plaintiff’s claim was filed after this deadline, her suit was dismissed, and she was forced to appeal

Appellate Court Agrees That the Statute of Limitations Applies

On appeal, the plaintiff argued that she did not know that the injuries to the child were as serious or permanent as they were until she filed the suit, and that the statute of limitations should not apply until she had such knowledge. Applying the standard that controls both federal and Maryland birth injury cases, the court found that the plaintiff should have known that she may have had a birth injury claim after she had a difficult and delayed birth of a child weighing over 11 pounds, who was taken directly to the intensive care unit after delivery and returned home in an arm splint. Based on these findings, the appellate court ruled that the plaintiff knew or should have known of her right to a claim against the defendant at a time near the birth of the child, and the over two-year wait before filing the birth injury lawsuit could not be excused. As a result of this ruling, the plaintiff and her permanently disabled child will not receive compensation for the birth injury.

If you or a loved one has been a victim of a birth injury, consult a skilled and qualified Maryland birth injury attorney as soon as you feel that something may have gone wrong. The experienced Maryland and Washington, D.C. birth injury and medical malpractice attorneys at Wais, Vogelstein, Forman, Koch & Norman have decades of experience handling complex birth injury and malpractice cases, and we know how to vigorously pursue compensation for our clients, whether it is against a private hospital or a government-funded program. We will take your claim seriously and fight for the damages that you deserve. We focus our practice on birth injuries and medical malpractice, and we represent victims nationwide. Contact the Maryland and Washington, D.C. birth injury attorneys at Wais, Vogelstein, Forman, Koch & Norman today. Call us at (410) 567-0800 or contact us through our website to schedule a risk-free consultation.