Personal injury lawsuits most often do not go to trial, but are resolved in a pre-trial settlement between the parties. This can occur for several reasons. For example, if the defendants named in a medical malpractice lawsuit believe that the plaintiff’s case is substantiated, and may result in a plaintiff’s verdict at trial, the defendants may attempt to settle the case with the plaintiff before the case goes to trial. 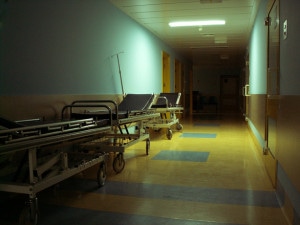 Another reason a defendant may settle is that large-verdict personal injury cases are often the subject of much media coverage, and image-conscious defendants may choose to settle a lawsuit to keep their names out of the headlines. In either case, if the defendant’s settlement offer is accepted, it is very likely that the terms of the settlement will require that it remain confidential between the parties.

The question remains as to why a plaintiff would want to settle a medical malpractice accident when the defendant believes that the case against them may result in a plaintiff’s verdict. The short answer to this question is certainty; if a plaintiff accepts a pre-trial settlement, they will be guaranteed that amount. However, if the case goes to trial there are innumerable variables that can affect the outcome of the case. Some plaintiffs do not want to expose themselves to that level of risk and instead choose to accept a pre-trial settlement.

Earlier this month, the judge presiding over a medical malpractice case in Pennsylvania dismissed the jurors mid-trial after it was announced that the parties had reached a settlement. As is often the case, the terms of the settlement were confidential.

According to one news source covering the case, the allegations against the hospital were that hospital staff failed to order necessary scans for the patient and that this failure ultimately began a chain of events resulting in the death of the patient. Because the trial was abruptly stopped, it is not clear what the totality of testimony would have revealed. However, as a result of the settlement the deceased patient’s family will received the agreed upon compensation from the hospital.

If you or a loved one has recently been the victim of medical malpractice, you may be entitled to monetary compensation to help you recover the costs – both emotional and financial – of the physician’s negligence. These cases are generally very complex, and often require expert testimony on very specific issues. Thus, it is very important to have a dedicated and experienced attorney on your side to help you prepare your case. Whether you want to take your case to trial or would consider a pre-trial settlement, the skilled advocates at the Maryland law firm of Wais, Vogelstein, Forman, Koch & Norman can help you understand how your case may be seen by the courts and can advise you accordingly.