Jury Awards $1.52 Million to Woman after Complications Related to a Botched Hysterectomy

A $1.52 million jury verdict that was recently awarded to a woman after a medical malpractice trial demonstrates the potential benefits malpractice victims can see when stubborn medical providers and insurance companies, as well as the attorneys who represent them, refuse to offer a reasonable settlement once a claim is filed. The unanimous verdict reached by the jury in the case was likely larger than the settlement that the woman would have been willing to accept, but it appears that after negotiations broke down and the defendants insisted the case go to a jury trial, the woman was awarded compensation to cover her medical expenses, as well as significant damages for her pain and suffering and for lost wages.

Most Medical Malpractice Claims Result in a Settlement Agreement 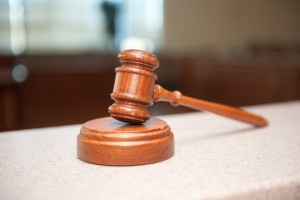 After a Maryland medical malpractice claim has been established, the plaintiff or their attorney prepares a notice of claim that is delivered to the defendant medical providers and the insurance companies that may represent them. At this point, settlement negotiations usually begin, in which the plaintiff’s attorney and the defendants’ attorneys generally try and determine how much the defendants may be responsible for the plaintiff’s injuries, and what type of settlement would be required to fairly compensate the plaintiff for the injuries allegedly caused by the negligence of the medical providers. In many cases, the negligence and the extent of the injuries caused therefrom are relatively obvious, and the attorneys are able to negotiate a fair settlement to compensate the plaintiff and prevent the case from going to trial.

Doctors in Maryland, D.C., and Virginia Not Required To Carry Insurance

Several jurisdictions require doctors to obtain professional liability insurance as a condition of their medical license, although Maryland, D.C., and Virginia are not among them. As a result of this fact, it is essential for victims of medical malpractice to obtain a competent attorney who is prepared to see a case all the way through to trial.

A recently published news article discusses the $1.52 million verdict awarded to a New York woman after a jury trial on her allegations of medical malpractice against a doctor who performed a hysterectomy on her in April 2011. According to the report, the six-member jury agreed unanimously that the doctor failed to find and repair cuts that were made in the woman’s bowels during the surgery. The wounds became infected, and the woman was eventually forced to have a portion of her colon removed because of the doctor’s negligence. The jury awarded the woman damages to cover her medical expenses, as well as for lost wages and pain and suffering that she endured as a result of the malpractice.

If you or a loved one has been the victim of medical malpractice in Maryland, Virginia, or the District of Columbia, it is important to discuss your claim with a qualified attorney who has the experience and resources to take the claim to a jury trial if necessary. The qualified Maryland, Virginia, and D.C. medical malpractice attorneys at Wais, Vogelstein, Forman, Koch & Norman can give you confidence that you will receive the compensation you deserve, whether the award is obtained through a settlement or a trial. Contact the Maryland malpractice lawyers at Wais, Vogelstein, Forman, Koch & Norman now to discuss your case. We represent victims of medical malpractice and negligence nationwide.