A 51-year-old Minnesota man who was left paralyzed from the waist down after a 2012 surgery to repair a perforated bowel was awarded $9.1 million by a jury after a trial earlier this month against the anesthesiologist who treated him leading up to and during the surgery. According to a local news source, the jury agreed with the plaintiff’s allegations that he was allowed to become severely dehydrated while under the care of the defendant, which resulted in spinal cord damage and paralysis, for which the defendant was held financially responsible. 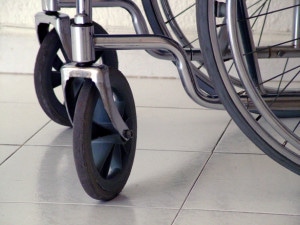 The plaintiff checked himself into a Minnesota hospital in February 2012, complaining of flu-like symptoms. Doctors treating the man at the hospital noticed that he was seriously dehydrated and gave him fluids intravenously to treat his dehydration while they worked on a diagnosis. During the course of treatment, it was discovered that the patient had a perforated bowel, and doctors recommended surgery to repair the injury.

After the diagnosis, doctors continued to treat the man with fluids to keep him hydrated. Approximately an hour before the scheduled surgery, the patient was placed under the care of an anesthesiologist to put him under for the surgery. That doctor worked for an outside company that was contracted by the hospital. According to the lawsuit, the anesthesiologist inappropriately stopped the hydration therapy before giving the man anesthesia.

In a nine-day trial, the plaintiff’s attorneys argued that the anesthesiologist’s decision to stop giving fluids to the dehydrated man caused a lack of blood flow to his spinal cord, resulting in his paralysis from the waist down. The $9.1 million awarded by the jury after the trial represents one of the largest medical malpractice awards in the state’s history.

What Damages Should Be Included in a Medical Malpractice Award?

Victims of medical malpractice may suffer harm and incur damages from a doctor’s negligence that can be hard to quantify or put a price on. In addition to the costs of continued treatment to reduce or repair the damage caused by the malpractice, victims can face permanent injury or disability, suffer pain and discomfort, and lose the ability to earn income. Loved ones of malpractice victims may need to assume increased responsibilities to care for the victim, and sometimes they may miss out on an important relationship with a victim who is incapacitated or killed by medical negligence. Many malpractice victims require long-term care or rehabilitation that can be extremely expensive. Although the total cost of many such damages obviously cannot be defined with absolute certainty, medical malpractice awards are designed to compensate the plaintiffs for all of the losses associated with a doctor’s malpractice.

With the help of a skilled medical malpractice attorney, victims of a doctor’s negligence and their families can be compensated fairly for all of the damages and losses they have suffered by no fault of their own.

If you or someone close to you has been the victim of medical malpractice, attempting to get a fair settlement from doctors and hospitals can be extremely difficult. Many of the costs associated with malpractice do not arise until long after the incident, and plaintiffs may not even know to request compensation for damages they cannot foresee. The qualified Maryland and DC medical malpractice attorneys at Wais, Vogelstein, Forman, Koch & Norman can help guide you through your malpractice claim, and with over 200over 200 years of combined experience and successful results under our belt, you can be comfortable that we aren’t missing anything that could affect your recovery. Don’t let medical malpractice ruin the lives of you and your loved ones. Contact the Maryland malpractice attorneys at Wais, Vogelstein, Forman, Koch & Norman to discuss your case. We represent victims of medical malpractice and negligence nationwide. Call us today at (410) 567-0800 or contact us online for a free consultation.