Earlier this month, an Oregon man was awarded a $12.2 million verdict for the severe brain damage he suffered as a result of the doctor’s error in giving the man 18 times the necessary dose of medication. According to one local news source covering the case, the jury returned the verdict after a three-week trial. 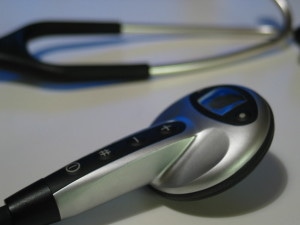 Evidently, the allegations were that the plaintiff was at the defendant hospital for a heart valve replacement surgery when he was given 2,700 milligrams of medication by an anesthesiologist instead of 150 milligrams. As a result, the plaintiff suffered a ventricular fibrillation while undergoing the procedure.

Evidence was produced at the trial that the anesthesiologist misinterpreted information on a hospital computer screen that automatically dispenses medications. He then grabbed three 900- milligram tubes of medication, believing them to be 50-milligram tubes. After the drug was administered to the patient, it entered his bloodstream after about 30 minutes and shortly thereafter reached a toxic dosage, resulting in a lack of oxygen flow to his brain.

The case named three defendants: the anesthesiologist, the hospital, and the physician group to which the anesthesiologist belonged. The jury determined that the hospital was 60% at fault, the doctor 25% at fault, and the physician group 15% at fault. The jury’s award amount consisted of about $6.5 million in economic damages for medical expenses, lost wages, and lost earning capacity, as well as roughly $5.75 million in non-economic damages to compensate him for the pain and suffering he endured as a result of the doctors’ error.

Maryland doctors have the responsibility to provide each patient with a certain level of care that is in line with the standards of the profession. While the level of care need not be perfect, and a negative outcome may not necessarily be the basis for a lawsuit, when a mistake is made that results in an injury to a patient, that victim may be entitled to seek monetary compensation for their losses related to the incident.

Proving a case of medical malpractice can be difficult, and the issues present in these cases are generally very scientific and rely heavily on expert testimony. In fact, in Maryland, an expert’s signed affidavit that the plaintiff’s case has merit is required in order to proceed with a medical malpractice case. Failing to supply the court with such an affidavit, or the improper selection of a medical expert, can result in the early dismissal of an otherwise viable case.

If you or a loved one has recently been injured during a medical procedure, you may have a viable medical malpractice case against one or more of the treating physicians. It is important to keep in mind that the laws governing medical malpractice cases, as well as the science behind them, are complex and are best handled by experienced attorneys. The skilled attorneys at the Maryland-based medical malpractice law firm of Wais, Vogelstein, Forman, Koch & Norman have the experience, knowledge, and dedication necessary to help you successfully bring your case. Call (410) 567-0800 today to set up your free consultation.