Widow Sues Hospitals After Her Husband Was Incorrectly Declared Dead

A woman from upstate New York has filed a medical malpractice suit against two Buffalo hospitals, based on the circumstances surrounding the October 2014 death of her husband. According to a local news source, the man suffered an apparent heart attack while shopping with his wife and was rushed to a hospital, operated by one of the defendants. Minutes after his arrival, the man was pronounced dead. Although the man’s family witnessed several signs he was still alive and continuously asked for medical assistance, it took over two hours for the hospital staff to notice that the man had been alive the whole time and start emergency treatment. 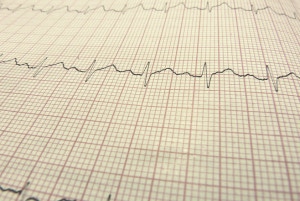 The family has filed a medical malpractice lawsuit, alleging that the man’s death was caused by the negligent misdiagnosis, which delayed and prevented him from receiving the proper treatment soon enough to save his life.

Shortly after arriving with her husband to the hospital, the man’s wife was told that he had died. Allegedly, she was also told that he might continue moving and it would appear that he was still breathing, but it was certain that he was dead. Even with the doctor’s warning, it appeared to his wife that he was still responsive and must be alive, and she sought help from any hospital staff who would listen.

According to the woman, when the defendant doctor finally responded to her pleas for help, he did not check the man’s pulse or vital signs, and he told her that it was normal for her husband to look alive because he was only 46 and “had a lot of life to expel out of his body.” After the doctor left, the man’s wife and other family members continued to observe signs that he was alive and even responsive, but it took over two hours for hospital staff to agree to check his vital signs, and it was no surprise to his family that he was alive. Immediately after the staff realized the man was alive, he was given treatment and transferred to another hospital for advanced care, but he died the following day.

According to the article, the man died from complications related to a collapsed lung that he likely received from a citizen attempting to perform CPR on him after his initial heart attack. The wife has recently filed a medical malpractice lawsuit against the doctors and hospitals involved in the incident.

The complaint alleges that the emergency doctor’s negligent misdiagnosis of the man’s death breached the professional standard of care and prevented him from receiving the correct treatment for his injuries and condition on time, eventually resulting in his death. If the lawsuit is successful, the widow may receive a significant award to compensate her for the loss associated with her husband’s death, including the loss of companionship as well as the man’s potential earnings had he stayed alive, among other damages. Although no financial award or settlement can bring her husband back, the woman may still get the peace of mind in knowing that she can afford to support herself, as well as holding the negligent parties responsible for her terrible loss.

Patients Are Entitled to Adequate Medical Care, Which Includes an Accurate Diagnosis

Medical providers are required by law to provide care that meets or exceeds the professional standard of care that patients can expect when arriving at a doctor’s office or emergency room. This requirement includes the responsibility of doctors to accurately diagnose a patient’s condition when the evidence for such a diagnosis is available. If a doctor makes a mistake in a diagnosis, and a patient is harmed or killed as a result, the doctor and hospital can be held responsible for the damages related to the mistake through a Maryland medical malpractice lawsuit. With competent legal assistance, victims can achieve some peace of mind after a difficult experience with medical malpractice.