Earlier this month, a Connecticut man was awarded $4.2 million in a case that arose after he suffered serious and irreversible harm to his left arm and shoulder after a botched surgery. According to one local news source, the man went in to see a doctor because he thought he had a swollen lymph node. After an examination, the doctor determined that it was best to remove the lymph node, and he scheduled a surgery to do so. 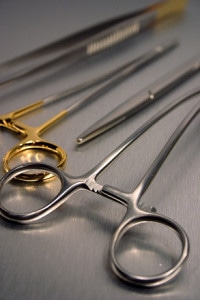 Evidently, the man’s lymph node was not swollen. Instead, he had a mild Bartonellosis bacterial infection, or what is more commonly known as Cat Scratch Fever. Apparently, the man and his partner live on a farm and take in stray animals, one of which scratched him on the neck, resulting in the discomfort he was experiencing.

However, the doctor failed to diagnose the Cat Scratch Fever and instead opted for the surgical procedure to remove what he thought to be a swollen lymph node. During that procedure, the doctor damaged the man’s spinal accessory nerve. As a result, the man now has nerve palsy, permanent disfigurement of his arm and shoulder, and an inability to lift his arm above his head.

The report also notes that the patient was a laborer his whole life, and that because of his injury, he will likely be unable to return to work in the same capacity as before. As a result of the doctor’s negligence, the jury determined that he should be entitled to an award amount of $4.2 million.

Medical malpractice cases, like other lawsuits based on the theory of negligence, can result in a number of different types of damages being paid to the plaintiff if he or she is successful. It is common that a successful plaintiff will receive compensation for past medical bills as well as for future medical expenses that are likely to arise in the future and are due to the incident at issue.

If you or a loved one has recently been the victim of medical malpractice, you may be entitled to monetary damages. Of course, doctors, nurses, and hospitals rarely concede liability, and these cases are often hard-fought. To make sure that you have a knowledgeable ally in the process, call one of the dedicated Maryland malpractice attorneys at Wais, Vogelstein, Forman, Koch & Norman. The skilled personal injury advocates at WVF have decades of combined experience handling all kinds of medical malpractice cases and know what it takes to successfully bring a medical malpractice action. Call (410) 567-0800 today to set up a free consultation.