Earlier last month, the Connecticut Supreme Court issued an opinion denying a defendant’s request to appeal a trial court’s discovery order, effectively forcing the lawsuit forward in the lower court. In the case of Radzick v. Connecticut Children’s Medical Center, the family of a young child sued the boy’s pediatrician for medical malpractice relating to their son’s death, which they claim was due to the improper administration of the drug Remicade. 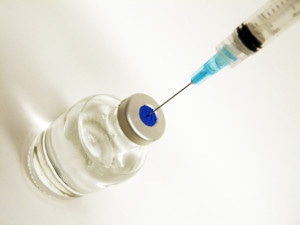 According to the court’s opinion, the defendant claimed that he did not have knowledge that Remicade was as dangerous as it was when he made the decision to recommend the drug to his young patient. In turn, the plaintiffs asked for digital images of the defendant’s hard drive to see “what he knew about Remicade and when he knew it.”

The defendant contested the requested discovery, arguing that it would irreparably damage the privacy rights of other patients, and asked the court to refuse the plaintiffs access to the hard drive. The court granted the plaintiffs’ request and ordered a “discovery master” to oversee the process in order to protect the rights of any potential third parties.

The defendant sought to immediately appeal the issue in what is called an interlocutory appeal. This acted to pause the case while it was still in the trial phase, and the case went up to an appellate court to determine if the issue was one that was properly appealed before the end of trial.

The Appellate Court Allows the Case to Move Forward

Upon hearing the case, the appellate court determined that this was not an issue that was properly the subject of an interlocutory appeal. The court noted that discovery orders are not typically the kinds of issues that can result in an interlocutory appeal, but it did outline two instances when a lower court’s decision can result in an immediate appeal. The first is when the discovery order acts to terminate a separate and distinct proceeding. The only other situation in which a lower court’s decision can be immediately appealed prior to a final verdict is when the order “so concludes the rights of the parties that further proceedings cannot affect them.” Seeing that neither of these circumstances was present in the current case, the appellate court denied the defendant’s appeal.

Are You Thinking About Bringing a Medical Malpractice Case?

If you or a loved one has recently been involved in what you believe was an instance of medical malpractice, you may be entitled to monetary damages. However, these cases can be extremely complex and can require months, if not years, of preparation. To ensure that you have a thorough understanding of what will be required of you during the trial process, and to speak with an attorney about your case in detail, contact one of the skilled medical malpractice attorneys at the Maryland personal injury law firm of Wais, Vogelstein, Forman, Koch & Norman at (410) 567-0800 today. Calling is free and incurs no obligation on your behalf.