Earlier this month, the Minnesota Supreme Court heard a case brought by a man who claimed that a hospital doctor’s misdiagnosis of the symptoms immediately preceding the man’s stroke resulted in his not getting the treatment that may have prevented the stroke. In the case of Memorial Hospital v. White, the court determined that the plaintiff’s expert was properly allowed to testify about his belief regarding whether preventative treatment likely would have resulted in White not having a stroke.

The Case at Trial 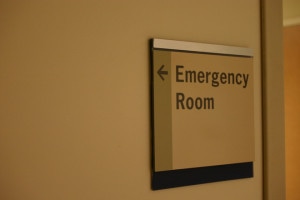 The evidence presented to the court showed that on August 8, 2009, White went to the hospital, complaining of slurred speech and tingling in his arms and legs. He was seen by a physician and sent home with no treatment. The following day, the plaintiff went to the emergency room of a different hospital, Memorial, the defendant in this case, complaining of tingling in his left side. He told hospital personnel that he thought he was having a stroke. He was given a medication for elevated blood pressure and sent home.

The next day, White returned to the emergency room of the first hospital, explaining to staff that he had fallen about an hour earlier and that he was having trouble moving his arms and legs. He was also having difficulty speaking. He was transferred back to Memorial, where tests confirmed that he did indeed suffer from a stroke.

The plaintiff settled with the first hospital out of court and proceeded against only Memorial at trial. The plaintiff presented an expert to testify that, had he been admitted and treated for his pre-stroke symptoms the first time he went to Memorial, he could have likely avoided the stroke. Memorial had their own expert, who testified that, in his opinion, it would not have made much of a difference.

The defendants objected to the plaintiff’s expert’s testimony and asked the judge to keep it out, based on the fact that the opinion was not supported by medical literature. The trial court denied the defendant’s motion and allowed the case to proceed, ultimately resulting in a favorable verdict for the plaintiff.

The defendant hospital appealed the judgment to the Supreme Court of Minnesota.

The Plaintiff Wins on Appeal

The Supreme Court of Minnesota agreed with the plaintiff and with the lower court that the expert’s testimony was properly admitted. The court noted that there is no requirement that an expert’s opinion be supported by peer-reviewed literature, even when attacked by the opposing party. The court explained that this was a classic “battle of the experts,” where each side presented an expert that supported their position, and the plaintiff’s expert was properly heard.

Have You Been Injured by a Physician’s Malpractice?