The West Virginia Supreme Court recently released a decision in the case of Stephens v. Rakes, choosing to deny a medical malpractice defendant’s request that a jury verdict against her be set aside. The defendant argued to the Court that the verdict against her could not be supported by the evidence that was introduced at trial and also argued that the award of punitive damages against her was inappropriate. The Court disagreed, ruling that the jury could have reasonably found the defendant to have been negligent in several ways and that the decision to issue punitive damages was properly presented to the jury.

What Happened to the Patient? 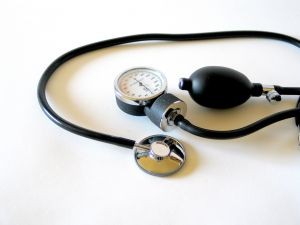 The plaintiff in the lawsuit is the personal representative of a patient who died after being treated by the defendant in 2010. The decedent arrived at the hospital suffering from breathing problems and abnormal behavior. He eventually became combative and agitated, and he was given moderate to high doses of two tranquilizer drugs (Haldol and Seroquel) to calm his agitation, although no breathing assistance devices were used to address his pulmonary problems.

After nearly a full day in a sedated state from the drugs, the patient’s lung conditions had not improved, and the levels of carbon dioxide in his blood (a measure of lung function) were not being measured. At the end of the patient’s second day in the hospital, the defendant ordered the patient to be placed on a breathing assistance device, but it never happened. The patient died at the hospital approximately 50 hours after being admitted, apparently from the improper administration of the drug Seroquel.

The Decedent’s Estate Sues the Medical Providers Involved
After the patient died, his estate filed a medical malpractice lawsuit against the doctors and hospital that treated him leading up to his death. All of the defendants except for one settled the case without going to trial. At trial, the jury found that the remaining defendant, who had treated the patient successfully for a similar problem in 2008, did not provide the decedent with treatment that was up to the medical standard of care that the patient was entitled to for the symptoms he was suffering, and she was therefore liable under a theory of medical malpractice.

The defendant argued that, since she didn’t personally prescribe the Seroquel that was listed as the cause of death, she could not be held responsible for the death. The jury disagreed and awarded the plaintiff $500,000 in economic damages for the patient’s death, as well as $500,000 in punitive damages to be paid to the plaintiff based on the especially reckless conduct that resulted in the patient’s death. The award was reduced to $860,000 pursuant to a state statute limiting non-economic damages.

The Defendant Appeals
After losing at trial, the defendant appealed the case to the West Virginia Supreme Court, making two main arguments. First, she argued that, since she did not prescribe the Seroquel, she could not be held responsible for the death. The Court disagreed, ruling that there were several other instances of her negligence, other than allowing the patient to take Seroquel, that were alleged to have contributed to the death, and the jury could have returned a liability finding from any of those theories.