The old wisdom was that it was dangerous for a woman who had delivered a baby through a C-section to delivery any future babies vaginally. This has led to a significant number of women opting for C-sections, not because they want the procedure or medically need it, but because they were told that it was dangerous for them to give birth vaginally after a cesarean. However, according to one recent news source, there is increasing data suggesting that VBACs are a safe alternative in many cases. 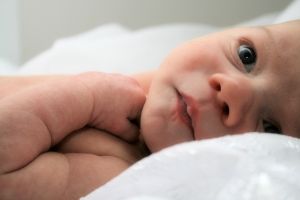 Researchers took information from birth certificates in 41 states, covering roughly 90% of the births in 2013, to conduct a recent study. The study showed that only 20% of women who had given birth via a C-section before opted to give birth vaginally. However, of those who did choose to give birth vaginally, 70% were successful. The other 30% ended up needing a C-section due to a variety of reasons.

Of those women who did end up giving birth through a VBAC, their results were better than those who opted for a second or subsequent C-section, meaning that there were fewer complications resulting in the need for blood transfusions, unplanned hysterectomies, or admission to the intensive care unit.

With that said, the researchers also point out that for those women who initially opted for a VBAC, but eventually needed to have a C-section, the rate of uterine rupture was seven times higher than those who scheduled a C-section initially. It is also worth noting that some C-sections are required, such as in cases where the child is too large to deliver vaginally.

The bottom line is that women who are pregnant and have had a C-section in the past should discuss their options with a doctor to determine the safest manner of delivery.

Preventable Birth Injuries
In some cases, a physician’s judgment results in a preventable injury to a child that can leave the child with lifelong problems. Many times, these incidents are related to a physician’s decision to recommend a C-section. If a physician is negligent in their recommendation, or negligent in the implementation of the recommendation, they may be held liable for any injuries sustained as a result. Certainly, not every birth injury will result in physician liability. However, if your child was born with what you believe was a preventable birth injury, you should speak with an attorney.

Was Your Child Born with a Preventable Birth Injury?

If you have recently given birth to a child who suffers from a preventable birth injury, you may be entitled to monetary damages based on the physician’s negligence. In some cases, hospitals, medical centers, nurses, or administrators can also be named, depending on the surrounding circumstances. To learn more, and to speak with a dedicated Maryland birth injury attorney, call (410) 567-0800 to set up a free consultation.