Earlier this month, a very important case was decided in a Florida court that could have a ripple effect throughout the country. The case involved a woman who went in for routine surgery for her carpal tunnel syndrome but ended up with a perforated esophagus. According to one local Florida news source, the injury occurred when one of the attending medical professionals attempted to insert a tube down the woman’s throat as a part of the anesthesia process. 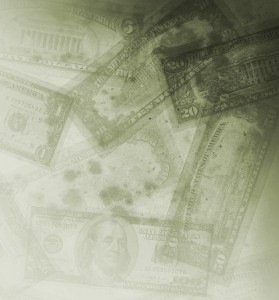 Evidently, the woman filed suit against the anesthesiologist, a registered nurse anesthetist, and a company that contracts out anesthesiologists and their staff to hospitals in need of qualified staff. After hearing her case, the jury awarded the woman $4.7 million in damages. Of that total, roughly $4 million were “non-economic damages,” meaning that they were designed to compensate the plaintiff not for medical expenses that had previously been incurred, but for her pain and suffering as a result of the defendants’ negligence.

The court had no choice but to reduce the woman’s damages by roughly $2 million because under Florida law there is a maximum amount allowed by law for non-economic damages in personal injury cases.

However, on appeal the court determined that the non-economic damages cap in Florida is a violation of an accident victim’s constitutional rights, and it declared the caps null and void. This is the most recent in a string of cases that have started to look critically at damages caps in personal injury cases because they can act to greatly limit a victim’s potential recovery amount.

Like Florida, Maryland has its own laws that dictate how much a personal injury victim can be awarded after being successful at trial. In Maryland, the cap on non-economic damages depends on when the cause of action arose. For example, if a negligent surgery was performed that gave rise to a case today in 2015, the maximum that the plaintiff would be entitled to as far as non-economic damages would be $755,000. Generally speaking, that amount increases by $15,000 each year.

It is important to keep in mind that there is no cap on economic damages. These damages are those that result from past and future medical expenses, lost wages, decreased earning capacity, and so on.

If you or a loved one has recently been the victim of an act of medical malpractice, you may be entitled to monetary compensation. However, depending on the facts of your case and the amount of damages sought, you may run into Maryland’s non-economic damages cap. There are several ways that the caps can come into play, and an experienced attorney can explain to you the caps and how they may affect your claim. To learn more, call 888-952-9669 to set up a free consultation with a dedicated attorney to discuss your case. Calling is free, and there is no obligation.