Earlier this month in Massachusetts, a jury awarded a mother who suffered a stroke just hours after childbirth over $35 million in damages. According to a report by the Boston Globe, the recovery was not based on the negligence of the delivering physician, but on the negligence of a doctor whom the woman had been to in the past who failed to follow up with a known medical condition. 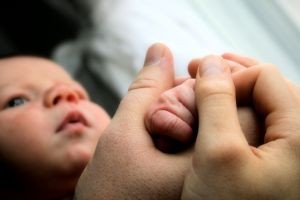 Evidently, the woman went to the doctor’s office after she noticed she was continually dizzy after running the Boston Marathon. That doctor performed a MRI and a CT scan, revealing that there were abnormalities in the woman’s brain. According to the lawsuit, because of these abnormalities, the doctor was supposed to add the woman’s name to a list that other medical providers can access when providing treatment in the future. However, the doctor allegedly failed to do so.

Four years later, when the woman became pregnant, her obstetrician was not made aware of the abnormalities in her brain and delivered the child through a traditional vaginal birth. Hours after the birth, the woman suffered a stroke that left her completely paralyzed except for slight movement in her right arm.

According to the court documents, the woman’s obstetrician would have delivered the child through a cesarean section had he known of the abnormalities in her brain, since it was dangerous for the woman to be in labor with her condition.

The woman’s attorney told reporters that, after the stroke, “she requires 24-hour care for pretty much everything … She has difficulty with speech. She can’t work. It’s really sad.” Thankfully, the woman’s child was born without incident and is a healthy young girl.

Birth Injuries Affecting the Mother
Many of the posts on this blog focus on injuries that occur to the child in the birthing process. However, injuries to mothers during childbirth are not uncommon. In fact, according to the Center for Disease Control, roughly 650 women die each year in the United States during or shortly after childbirth. With that said, the number of infants who die during the birthing process is much higher, somewhere around 24,000 per year.

In either case, many of the pregnancy-related deaths that occur each year are preventable, making them even more tragic. In such cases, the law allows for the family of the victim to seek compensation for their loss through a birth injury or medical malpractice lawsuit.

As the article above illustrates, it is not always the delivering physician who is at fault for a serious birth injury. In fact, it is only after a thorough investigation that the true nature of a case can be understood. Therefore, it is highly recommended that anyone considering filing a birth injury case speak to a dedicated personal injury attorney prior to doing so.

Have You Suffered Because of a Birth Injury?

If you or someone you love has suffered due to a preventable birth injury, you may be entitled to monetary compensation for your loss based on the negligence of one or more medical professionals. To learn more about birth injury cases, and to speak with a birth injury attorney about your case, call (410) 567-0800 to set up a free consultation today.