Earlier this month, a family in Pennsylvania received a $6 million verdict after a medical malpractice case alleging negligence on the part of doctors who treated their daughter. According to one local news report, the two-year-old girl was treated in Harrisburg Hospital in Luzerne County for stomach issues. 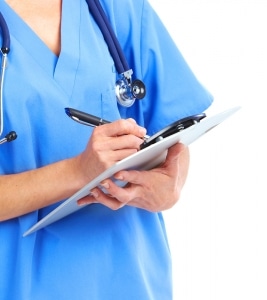 Evidently, the girl was admitted to the hospital with stomach issues and was discharged shortly after admission with no further treatment suggested. However, a few months after her discharge, the girl died from sepsis caused by a ruptured stomach.

The defendants claimed that there was no medical error involved and that the case was “one in a million.” They claim that, given the unique circumstances presented, the doctors all acted appropriately and provided the proper level of care to the young girl.

Medical Malpractice Cases in Maryland
While the case discussed above took place in nearby Pennsylvania, Maryland law also allows for the victims of medical malpractice to recover for their injuries. In cases when the alleged malpractice results in the death of a loved one, family members may bring a wrongful death suit against those allegedly responsible for their loved one’s death. In either case, the plaintiff must prove to the court that the defendant or defendants were negligent in some way and that their negligence caused the injuries complained of.

Proving a medical malpractice case in Maryland requires strict adherence to the procedural rules as well. For example, in Maryland a certificate of merit must be provided to the court within a certain amount of time after filing the lawsuit. A certificate of merit is essentially a letter of support from a qualified expert in the specific field of medicine that the defendant practices in. If this requirement is not met, or if it is submitted too late, the case may be dismissed, and a victim may lose their opportunity to recover damages.

Have You Been Injured in a Medical Malpractice Situation?

If you or a loved one has recently been injured in a medical malpractice incident, you may be entitled to monetary damages based on the negligence of the attending physician, nurse, or hospital staff. However, keep in mind that these parties are often represented by dedicated defense counsel who are experienced in shifting blame away from their clients. To learn more about Maryland medical malpractice cases, and to speak to a dedicated medical malpractice attorney, call one of the skilled advocates at the Maryland personal injury law firm of Wais, Vogelstein, Forman, Koch & Norman at (410) 567-0800 to set up a consultation. Meeting with an attorney is free, and there is no obligation.