Medical Malpractice Claims in the United States: The Big Picture

Doctors are some of our most trusted professionals. However, each year there are thousands and thousands of cases involving medical malpractice, or, put more simply, professional negligence on the part of doctors. In fact, a recent national news article claims that medical malpractice is the third leading cause of death in the United States, trailing behind only heart disease and cancer. 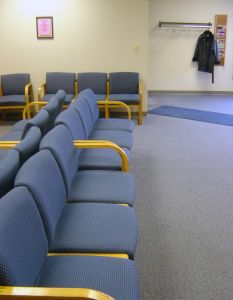 The Potential Causes of the High Rate of Medical Errors in the United States
According to the recent article, the increase in medical malpractice instances over the last century is due to several things. First, the fact that medicine in the United States is seen as a business with a primary goal of generating profit, rather than helping the sick. Such an end goal is directly in contrast to what is best for the public health. Second, the medical culture in the United States breeds a culture of resentment and disrespect, by giving the doctor so much power and prestige. In fact, in other countries, a doctor’s staff is essentially an arm of the doctor herself, creating a more collaborative, team environment.

Another potential cause is the lack of transparency in the medical profession. Until recently, medical professionals were able to essentially sweep their misdeeds under the rug, hiding them from the public eye. This kept the issue out of the mainstream conversation for too long. Now, under more recent federal regulations, that seems to be changing.

What Can Be Done to Decrease Medical Malpractice Incidents
A problem as big as medical malpractice needs to be attacked on several fronts. According to the article, there are certain efforts the government may undertake, such as creating a federal agency charged with the oversight of all medical treatment, that could help remedy the problem.

However, as with any other institutional problem, it should also be attacked on the ground level, by patients and their families. Therefore, it is recommended that patients take steps to ensure their own safe treatment, including:

Are You Seeking an Attorney?

If you or a loved one has recently been the victim of what you believe to be medical malpractice, you may be entitled to monetary compensation based on the physician’s negligence. However, the road to financial recovery can be long and grueling, and it is best left to those with the experience necessary to effectively navigate the complex procedural rules that govern the body of law. To schedule a free consultation, and to speak with an attorney about your case, call (410) 567-0800 today.