Earlier this year in Chicago, Illinois, a woman was awarded $9.4 million by a federal jury for injuries she sustained while undergoing bariatric surgery. According to one local news source, after the botched surgery the woman can no longer walk on her own and suffers from severe brain damage. 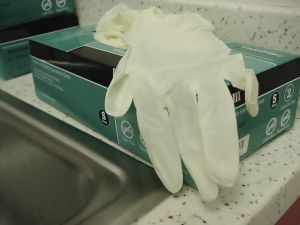 Evidently, the woman went to the defendant doctors’ office back in 2010 for a weight-loss surgery. At the time she underwent the surgery, the woman had an unrelated condition for which she was taking blood thinners. Upon admission to the hospital, the defendant doctors administered the wrong anti-coagulant, resulting in the woman experiencing excessive bleeding during the surgery. This reduced the blood flow to her brain to a dangerous point, resulting in the irreversible damage.

According to the woman, the surgery has left her in need of constant care for the rest of her life. Additionally, she told reporters that her husband left her for one of her nurses’ aides.

After a jury trial, the jury returned a verdict in the woman’s favor, finding that the doctors were negligent in providing her with the wrong medication prior to her gastric-bypass surgery. The jury awarded the woman an additional $9 million.

Multiple Parties and Settlement Negotiations
The woman in the case mentioned above settled with one defendant out of court but proceeded to trial against the other two. This is not uncommon in personal injury cases against multiple defendants. Often, one or more defendants will not want to contest liability and would prefer to settle a case out of court rather than proceed to what could be a lengthy, costly, and public trial. Instead, they opt to settle out of court with the accident victim.

It should be noted, however, that settlements are the fruit of what is often a long back-and-forth process between the attorneys for both parties. Rarely is a defendant willing to settle a case without understanding the strength of the evidence against them. That is where an experienced malpractice attorney can greatly help.

Have You Been Injured by a Physician’s Medical Malpractice?

If you or a loved one has recently been injured due to the medical negligence of a physician, nurse, or hospital, you may be entitled to monetary compensation. However, keep in mind that hundreds and hundreds of hours of preparation and negotiation preparation go into reaching a settlement, and potentially more time may be required if the case proceeds to trial. Therefore, having a dedicated and experienced Maryland malpractice attorney on your side is critical. The attorneys at Wais, Vogelstein, Forman, Koch & Norman have decades of collective experience recovering for their clients, and since they work on a contingency basis, they will not charge you unless they can recover for you in your case. Call (410) 567-0800 to set up a free consultation today.