Earlier this year, a boy from the United Kingdom was successful in a birth injury suit against the hospital system where he was born and suffered from what the boy’s attorney claimed was a preventable injury. According to one local news report, the boy’s family claimed that the hospital charged with delivering the boy failed to perform a cesarean section and properly monitor his mother’s labor, resulting in the boy being born with cerebral palsy. 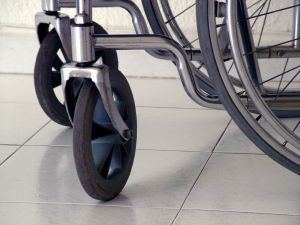 It is claimed that nurses attending to the boy’s mother either failed to check on the boy’s pre-birth heartrate or were not able to successfully read the machine. Because of this, the doctors were not aware of the boy’s dangerously slow heartbeat and therefore did not conduct an emergency cesarean section. It was suggested that, had the nurses noticed that the child’s heart rate was so low and had referred the mother for an emergency c-section, the child would not have been born with the serious injuries he sustained.

Evidence submitted to the court suggested that the boy cannot speak, dress himself, or feed himself without the assistance of others. He is limited in his movement and will remain in a wheelchair for the remainder of his life. While his intellect is sound, he will require constant care from others throughout his life.

As a part of the award, the judge included amounts for the following:

Birth Injury Lawsuits in US Courts
The case mentioned above took place in the United Kingdom, where the laws of negligence and medical malpractice are different than they are here in the United States. However, the same principles apply. Whenever a doctor, nurse, or hospital assumes the care of an individual, they are expected to provide a certain level of competent medical care. If they provide less than this level of care, they can be held legally responsible for injuries that occur as a result.

Have You Given Birth to a Child Born with a Preventable Birth Injury?

If you have recently given birth to a child with a preventablebirth injury, you may be entitled to monetary compensation based on the delivering physician’s negligence. In some cases, other parties can also be named in the lawsuit, most commonly the hospital where the child was born. To learn more about birth injury cases, and to gain a better understanding of what needs to be proven in order to be successful, call an attorney at Wais, Vogelstein, Forman, Koch & Norman at (410) 567-0800 to set up a free initial consultation to discuss your case.