Earlier last month, a hospital was found liable for a birth injury and ordered to pay the family of the injured child $18.27 million in compensation for his injuries. According to one local news source, the original verdict was reduced after the plaintiff accepted a slightly reduced amount in exchange for the defendant hospital agreeing not to appeal to case to a higher court. 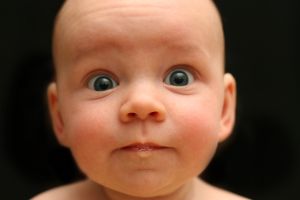 Evidently, back in 2007 the plaintiff’s son was born with a serious and permanent brain injury. As a result, he has required near constant care since his birth. After their son’s birth, the family of the boy filed a civil lawsuit against both the delivering OB/GYN as well as the hospital where their son was delivered.

At trial, the jury determined that the hospital’s negligence was a contributing cause to the young boy’s irreversible birth injury. However, the jury also determined that the delivering physician was not at fault. Initially, the jury returned a verdict of $18.27 million to cover a lifetime of medical bills, as well as a substantial amount to cover the decreased earning capacity and mental anguish suffered by the boy. However, the plaintiff and the defendant struck a deal where the plaintiff would accept $17.5 million and the defendant would waive its right to appeal the judgment to a higher court.

Regarding the verdict, the attorney representing the boy told reporters that “It sounds like a lot of money, but when you factor it out over the course of (the boy’s) life expectancy, he’s going to need it, . . . It’s hard to envision this money lasting until 2070, because that’s what it’s going to have to do and hopefully will.”

Birth Injury Lawsuits and Out-of-Court Agreements
This birth injury lawsuit resulted in a jury verdict. However, as mentioned above, the parties entered into an agreement whereby the jury’s verdict would be reduced by just under $1 million and the defendant hospital would agree not to appeal the case to a higher court.

This type of agreement is permissible in Maryland courts and is a type of an out-of-court settlement negotiation. It may not be common knowledge, but the truth of the matter is that most personal injury cases end up in some kind of out-of-court settlement. Therefore, it is incredibly important to have your attorney get involved early in your case to prepare for settlement negotiations with the opposing party.

Have You Given Birth to a Child with an Irreversible Birth Injury?

If you have recently given birth to a child with a birth injury that you believe was due to the negligence of a doctor, nurse, or hospital, you may be entitled to monetary compensation. As the attorney mentioned above, an award amount in a birth injury case is designed to last for a child’s lifetime. There is no second bite at the apple. Make sure that you are well represented throughout the process by speaking with a dedicated and experienced birth injury attorney. Call (410) 567-0800 to set up a free consultation with an attorney at the birth injury law firm of Wais, Vogelstein, Forman, Koch & Norman.