Recently, the family of a 16-year-old boy who was diagnosed with cerebral palsy at birth has filed a lawsuit against the medical professionals who assisted in his birth. According to a recent article, the boy’s family is claiming that the delivering doctor was more concerned with the status of his BMW at the service station than he was about the delivery of the young child. 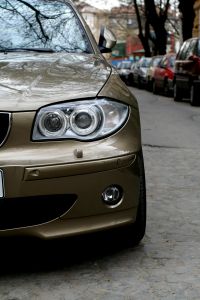 Evidently, back in March of 1998, the mother of the boy was admitted to the hospital shortly after midnight for the delivery of her son. After hours of labor, the doctor claimed that he was unsure of the mother’s ability to make the final push, so he used a suction machine, attached it to her child’s head, and pulled the baby out. As a result, the parents claim, their child was born with cerebral palsy and other related brain damage.

As evidence of the doctor’s negligence, the family is pointing to cell-phone records from the day in question, showing that the delivering doctor was on the phone with a BMW service station checking in on the status of his vehicle just moments before the delivery. The family claims that the doctor’s concerns over his car interfered with his judgment that day.

The child, who is now 16 years old, has the intellectual capabilities of a two-year-old. He will require constant care throughout his life.

Despite the years of training they receive, doctors still make mistakes. Some birth injuries are caused by factors outside a doctor’s control, but there are a large percentage of birth injuries that could have been prevented had the proper preparation, diligence, and care been taken by the delivering physician.

In these cases, the families of children born with these tragic and preventable injuries may be able to hold the delivering physician accountable for their newborn child’s injuries.

Proving Liability in Birth Injury Lawsuits
Any time a child is born with an irreversible illness, it is a tragedy. However, the preventable birth injuries are some of the most tragic. They are also the injuries most likely to result in compensation for the family of the injured child.

Success in a birth injury lawsuit may depend on the plaintiff’s ability to show that the defendant did, or failed to do, something that resulted in the injury. This is not always an easy task, even when the physician is actually at fault. For example, the plaintiff in the lawsuit discussed above was able to secure the phone records of the delivering physician to show that he was dealing with a personal issue during the birth of their son. This kind of evidence is helpful when attempting to prove negligence.

Has Your Child Been Born with a Preventable Birth Injury?

If you have recently given birth to a child with a preventable birth injury, you may be entitled to monetary compensation based on the physician’s negligent conduct. To learn more about Maryland birth injury lawsuits, and to speak to an attorney about your case, call (410) 567-0800 to set up a free initial consultation with a dedicated and experienced birth injury attorney.