Earlier this year, a hospital that was being sued by the family of a three-year-old girl who was born with cerebral palsy admitted liability and apologized to the girl as well as her parents. According to one local news source, the error came in the form of the administration of Syntocinon, a pharmaceutical used to speed up the labor process. 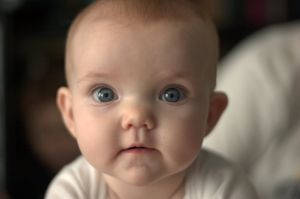 Evidently, the mother was admitted to the hospital late in the evening on April 21, 2011. Initially, test results all came back fine. However, a few hours later, a drain of meconium was noticed, and syntocinon was provided to the mother to induce birth. The mother began having contractions that slowed the heart-rate of the child inside her. The attorney for the family explained to reporters that this was where the critical error occurred. The hospital staff should have stopped the administration of syntocinon at this point because the child’s heartbeat was slowing to a dangerously low pace.

Further intensifying the error, the hospital did not immediately deliver the child but waited an additional 25 minutes. The child was born with cerebral palsy. She must be fed through a tube, can only communicate with her eyes, and can only sit up for short periods of time.

The hospital admitted liability in open court. They also apologized to the family, acknowledging that nothing they do now can change the tragic turn of events back in 2011. The hospital administration does claim that they learned from their mistakes and now use different procedures during complicated births.

Birth Injury Cases in the United States
While this birth injury case took place in the United Kingdom, the same principles that allow for financial recovery for the family of a birth injury victim apply here in the U.S. as well. Specifically, under the doctrine of medical malpractice, any person injured by the medical negligence of a doctor is entitled to monetary damages to help compensate them for their injuries. In cases when a child is born with irreversible birth injuries, the lawsuit can be brought in that child’s name by his or her parents.

Amounts recovered in this type of lawsuit can vary widely. However, it is common for birth injury victims and their families to be compensated for past and future medical expenses, pain and suffering, decreased quality of life, loss of future earning potential, and in some cases even punitive damages. To learn more about birth injury lawsuits and to see if you may have a case that qualifies for compensation, speak with a dedicated birth injury attorney.

Was Your Child Born with an Irreversible Birth Injury?

If you recently gave birth to a child who suffers from an irreversible birth injury, you may be entitled to monetary damages to help compensate you and your child for all that you both have been put through. Unlike in the story above, hospitals and doctors rarely admit to liability without first seeing the proof against them. It is an attorney’s job to put together a strong case to prove to the defendants, and ultimately to the jury if necessary, that the defendants were negligent in the delivery of your baby. To learn more, contact the dedicated birth injury law firm of Wais, Vogelstein, Forman, Koch & Norman. The skilled advocates at WVF have over 200over 200 years of combined experience bringing all kinds of medical malpractice cases against negligent physicians and hospitals, including those resulting in serious birth injuries. Call (410) 567-0800 today to set up a free consultation with an attorney.