Are Doctors Relying on C-Sections Too Often?

By most professional accounts, we live in a “cesarean culture,” meaning that it is becoming the norm for doctors to advise against a traditional birth in favor of a c-section. This, however, was not always the case. Twenty years back or so, c-sections were the exception to the general rule and were generally reserved for complicated births or other specific needs of the mother or child. 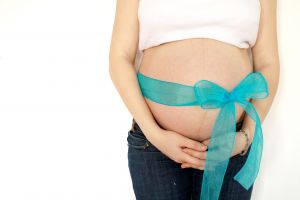 One article by PBS.org documents both sides of the cesarean debate, ultimately coming to the conclusion that doctors are over-relying on the potentially harmful and dangerous medical procedure when a traditional birth was perfectly viable.

The article begins by noting that there are a record number of c-sections being performed across the county. One of the reasons for this increase in c-sections is the increased age at which many women are becoming pregnant. When women get pregnant at a later age, the risk of numerous birth problems increases. Some physicians see the c-section as a way around these potential problems. However, critics point out that c-sections have a higher price tag (and higher profit margin) for physicians, so they push for women to have cesarean sections for business reasons.

One of the recommendations some critics have made is that there is not enough involvement of the mother in the decision-making process. Often, the mother is essentially coerced into having a c-section that she may not want because doctors provide her with a “worst case” scenario of a traditional birth.

In reality, traditional births are safe for most women, and they should be considered whenever possible. One piece of advice is to thoroughly interview any physician who will be involved in your delivery and make sure that you have a similar outlook on medical care, pregnancy, and when a c-section is appropriate. Then, if the situation arises, you will have already had the conversation with your physician about a c-section, and he or she will likely know where you stand.

Have You Been Injured During the Birthing Process?

If you or your child was injured during the birthing process, you may be entitled to monetary damages based on the malpractice of the delivering physician, or anyone else caring for you at the time of your delivery. In many of these birth injury cases, the doctors, hospitals, and their insurance companies will fight tooth-and-nail to avoid paying out even the most meritorious claim. Therefore, it is important that you have a dedicated attorney on your side who will help you enforce your rights. Call Wais, Vogelstein, Forman, Koch & Norman, LLC at (410) 567-0800 to set up a free initial consultation with a dedicated birth injury attorney.