Earlier this year in England, a young girl and her family recovered a large verdict after a contested trial stemming from the girl’s severe case of cerebral palsy, which was allegedly caused due to the negligence of the hospital where she was born. According to one local English news source, the family’s fight for justice took seven years. They just recently had the verdict affirmed on appeal for the last time. 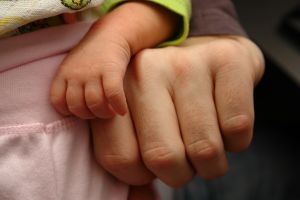 Evidently, back in 2007 the young girl was deprived of oxygen when she was being delivered at the defendant’s hospital. The young girl developed a severe case of cerebral palsy that affects all four of her limbs. She relies on others for constant care, and according to one of her family’s attorneys she is an “enthusiastic little girl who makes the most of life despite her limitations.”

Regarding the lawsuit against them, the hospital did not dispute that they were negligent in the girl’s delivery. However, the hospital did contest some of the damages that were alleged by the girl’s family. After a trial on the issue of damages, the court awarded the girl and her family approximately $15 million. This is one of the largest award amounts in the history of the United Kingdom.

Birth Injury Lawsuits in the United States
While the specific laws in the United Kingdom may differ from those here in the United States, the principles behind the laws are the same. Generally speaking, when a hospital, doctor, nurse, or other employee is negligent in some way and causes an otherwise preventable birth injury, the family of the injured child can seek compensation for their child’s limitations and medical expenses.

Types of Damages in Birth Injury Cases
Successful birth injury cases can result in several different types of awards for the injured party, such as:

There are other kinds of possible damages that amy be applicable in some cases. To learn more about birth injury cases in Maryland and across the U.S., call a dedicated birth injury attorney.

Has Your Child Been the Victim of a Birth Injury?

If your child has recently been born the victim of a preventable birth injury, you and your child may both be entitled to monetary compensation. However, you can also expect that the defendant–whether it be a doctor, nurse, or hospital–will contest the allegations against them. To make sure that you are treated fairly throughout the process and to ensure that you stand a fair chance of getting what you deserve, call (410) 567-0800 to set up a free initial consultation with an attorney today.