Proposed Changes in Massachusetts Medical Malpractice Procedure Up in the Air

It is a well-known fact that sometimes a medical malpractice lawsuit can take years to complete from beginning to end. However, a new law in Massachusetts claims to reduce the number of times that plaintiffs must wait to get the compensation they deserve. As with most new changes in the law, there are opinions on both sides. 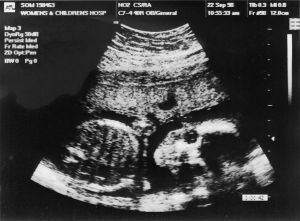 In Massachusetts, victims of purported medical malpractice must provide the healthcare provider allegedly responsible for their injuries with six months’ notice if they intend to sue. According to one recent report by a local Massachusetts news source, that additional timeframe is supposed to be used by the healthcare provider to look into the situation and assess whether the care it provided was up to the generally accepted standard.

Cutting Down Time Between Injury and Award
The article documents one patient’s case and comes to the conclusion that the time between the plaintiff’s injury and their ultimate award can be beneficial to both sides. In that case, a woman went to the doctor for gallbladder surgery. During the surgery, the doctor performed a CT scan and found an irregularity in the woman’s ovaries.

However, rather than follow up as expected, the woman’s follow-up tests fell through the cracks for several months. By the time she was seen, she was diagnosed with Stage 3 ovarian cancer.

As required, the woman gave the hospital notice that she intended to sue it for its medical malpractice. The hospital then investigated the situation and came to the conclusion that it was, in fact, negligent. As a result, the diagnosing physician issued an apology to the woman, and the hospital offered her an out-of-court settlement.

The hospital did the right thing in this case. Of course, this is not necessarily how every case will work out. In some cases, the additional time given to the hospital will allow it to research the case and develop a defense against the charges, ultimately hurting the plaintiff’s chances for recovery.

The trend in new healthcare laws is to increase communication between the parties, hoping to keep them from getting involved in a full-blown lawsuit. However, that does not decease the importance of an attorney in the process. A dedicated medical malpractice attorney can help prepare a case for settlement by gathering all the necessary information, drafting required letters, and developing important theories of the case.

If you or a loved one has recently been involved in a medical malpractice event, you may be entitled to monetary damages based on the physician’s negligence. While the situation described above took place in Massachusetts, similar laws are being enacted all over the country. To make sure that you comply with all regulations in medical malpractice cases, you should consult with a dedicated personal injury attorney before filing a lawsuit. Call (410) 567-0800 to set up a free initial consultation.