Doctor Continues to Practice Despite Links to Several Treatment Deaths

Doctors are responsible for the wellbeing of their patients. This duty of care extends well after the patient leaves the physician’s office. One Florida doctor is in the process of learning that lesson the hard way. 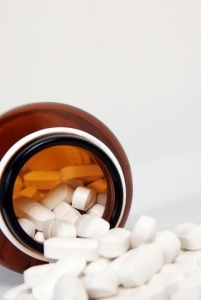 A doctor at a local Florida pain clinic has been linked to several patients deaths due to overdoses of prescription drugs that he has prescribed. Specifically, the doctor has been prescribing Oxycodone. In one case, a former patient’s mother did the research and found that the doctor prescribed her son over 3300 pills of Oxycodone in the year leading up to his death.

As it turns out, the doctor has been linked to several other patient deaths; all of which were due to overdoses of opiate prescription medication. In two of these cases the doctor had accepted a settlement offer, that, among other things, would have required he take a class on prescribing medication as well as pay a $40,000 fine. However, shortly before the agreement was to be put before the Board of Medicine for approval, the doctor’s attorney withdrew the doctor’s acceptance.

Those charges are not the only ones the doctor has faced, however. Back in 2010 and 2011, the doctor and his wife were both indicted by grand jury for drug conspiracy and money laundering. While the doctor is out on bail, the judge required that he abstain from practicing medicine. He does, however, still have a valid license to practice in the State of Florida.

Liability of Physicians in Drug Overdose Cases
When a doctor’s patient dies of a prescription drug overdose, the patient’s surviving friends and family often look to the person who prescribed their loved one the fatal medication in the first place. Indeed, the law allows for the families of deceased patients to obtain compensation from a negligent doctor who continued to prescribe dangerous drugs despite knowing the drugs’ dangers. This is especially true when dealing with dangerous and addictive medications such as Oxycodone and other opiates.

When bringing this kind of lawsuit, a plaintiff must be able to prove to the court that the defendant’s decision to prescribe the dangerous drugs was the cause of their loved one’s death. And according to a recent US Supreme Court case, the plaintiff must prove that their loved one would not have died without the drugs prescribed by the defendant.

Have You Lost a Loved One Due to A Physician’s Negligence?

If you have recently lost a loved one due to the negligent conduct of a doctor or other medical professional, you may be entitled to monetary compensation. However, keep in mind that even the most meritorious lawsuit must comply with myriad procedural hurdles and other potential roadblocks that can thwart a plaintiff’s potential recovery. For assistance bringing your medical malpractice lawsuit, contact one of the dedicated and experienced medical malpractice attorneys at Wais, Vogelstein, Forman, Koch & Norman today at (410) 567-0800 to set up a free initial consultation.

By Wais, Vogelstein, Forman, Koch & Norman, LLC | Posted on January 20, 2015
« What Is Cerebral Palsy and How is it Caused?
Proposed Changes in Massachusetts Medical Malpractice Procedure Up in the Air »