Close Menu
Baltimore Medical Malpractice Lawyers > Blog > Articles > What Is Cerebral Palsy and How is it Caused?

What Is Cerebral Palsy and How is it Caused?

Cerebral palsy is a medical term used to describe a broad group of disorders that limit the movement in certain parts of the body due to problems with the development of the brain, either in the womb or during the birthing process. Each year, up to 100,000 newborn babies are born with cerebral palsy each year. An additional 1,500 preschool-age children are diagnosed. Of all the causes of chronic childhood disability, cerebral palsy is the most common. 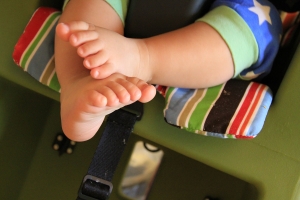 Causes of Cerebral Palsy
There are multiple causes of cerebral palsy. In roughly 70% of the cases of cerebral palsy, the disease develops in the womb, prior to delivery. In 20% of cases, cerebral palsy is caused by some kind of brain injury sustained during the birthing process. These types of injuries include:

The Costs of Cerebral Palsy
To be sure, the costs of a cerebral palsy diagnosis can be substantial. In fact, the Centers for Disease Control estimate that the life-time cost of cerebral palsy is approximately $921,000.

The medical bills that a child will incur over his or her lifetime represent a large portion of the total life-time cost. Other contributing costs are the cost of lost wages over the child’s life, the pain and suffering the child will endure, and the limitations placed on the child.

Have You or Your Child Been the Victim of a Birth Injury?

If you have recently given birth to a child, and either you or the child suffered some kind of injury, you may be entitled to monetary compensation to help cover the expenses associated with your injuries. To learn more about what a plaintiff must prove in a birth injury lawsuit, contact one of the dedicated malpractice attorneys at Wais, Vogelstein, Forman, Koch & Norman. The skilled advocates at WVF have many over 200over 200 years of combined experience bringing a wide variety of medical malpractice suits, including birth injuries. Call (410) 567-0800 to set up a free initial consultation.