Back in July 2012, a Baltimore City Circuit Court jury awarded the family of a young boy born with cerebral palsy $20.6 million due to the negligent birthing procedures that were employed in the boy’s birth. A team of attorneys from Wais, Vogelstein, Forman, Koch & Norman represented the family throughout this process. According to one news report, the Maryland Court of Special Appeals recently upheld the verdict in the face of challenges from the hospital that there was not legally sufficient evidence for the verdict. 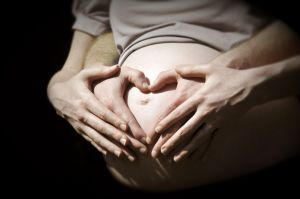 The boy’s mother was admitted to the hospital when she was just 32 weeks pregnant because her son had high blood pressure, a condition that can be dangerous to both mother and child. Given that finding, doctors decided to induce labor the next day.

While the boy’s mother was in labor, doctors noticed that the boy was low on oxygen. Rather than opt for an immediate cesarean section, the attending doctors waited three hours and allowed the labor to continue. When the baby was born, the umbilical cord was wrapped around his neck.

When he was born, the boy was diagnosed with spastic diplegic cerebral palsy. While the child was not born with any mental handicaps, he does have trouble moving his arms and legs and will require the use of a wheelchair for life.

At Trial
At trial, there was a classic “battle of the experts,” meaning that the plaintiff called experts supporting their side and the defendants called experts supporting their side. However, in the end, the jury rejected the defendants’ assertion that the umbilical cord was incapable of depriving the baby of oxygen. The jury returned a verdict for $21 million in favor of the plaintiffs. However, due to caps on non-economic damages in Maryland, the verdict was reduced to $20.6 million.

On Appeal to the Special Court of Appeals
On appeal, the defendants argued that the plaintiffs did not present the jury with legally sufficient evidence to arrive at the conclusion they did. However, the court ended up siding with the plaintiffs, noting that the decision ultimately was in the jury’s power to make, having heard experts on both sides.

Has Your Family Suffered a Maryland Birth Injury?

If you or your child has suffered due to a mistake made by hospital personnel during or before the birth procedure, you may be entitled to monetary damages to help compensate you for your injuries or loss. To learn more about this complex area of law, consult with a dedicated birth injury attorney at Wais, Vogelstein, Forman, Koch & Norman LLC. Our dedicated attorneys have years of collective experience bringing all kinds of medical malpractice cases, including birth injury cases. Call (410) 567-0800 to schedule a free initial consultation with an attorney today.