Medical Malpractice May Have Contributed to Joan Rivers’s Death

The August 28, 2014 death of well-known comedienne Joan Rivers came as a surprise to people around the world. According to a CNN article, Ms. Rivers was undergoing an endoscopy procedure at an outpatient clinic in Manhattan when something went wrong in the surgery and she stopped breathing. After the emergency was recognized, Ms. Rivers was transported to a hospital for emergency treatment, but unfortunately they were unable to save her life. 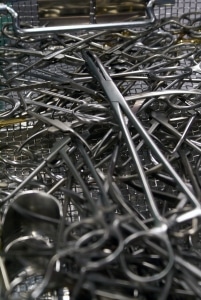 The endoscopy surgery that may have contributed to Ms. Rivers’ death is an elective diagnostic procedure that is generally considered low-risk. The death of Ms. Rivers after such a procedure has reportedly aroused suspicions that medical malpractice may have played a role in her death. Ms. Rivers’ surviving family members could potentially file a wrongful death and medical malpractice lawsuit on behalf of her estate against the medical professionals involved in her care and possibly her death, although no lawsuit has yet been publicly filed or announced.

According to reports, the doctor performing the surgery allegedly performed an impromptu biopsy on a piece of tissue on Ms. Rivers’ neck without her permission for some unknown reason. If true, this allegation could suggest that the medical standard of care was not followed in the surgery.

It is also possible that the responsible professionals did not decide to transport Ms. Rivers to the hospital soon enough, or that the transportation to the hospital was unreasonably delayed. Police have performed an initial investigation and have decided not to press any criminal charges based on the death, although it is much more difficult to prove criminal liability in a case such as this than it is in a civil lawsuit. Unless and until a lawsuit is filed and more detailed investigations are completed, it is impossible to know what happened leading up to Ms. Rivers’ tragic death, and the exact cause of her death can only be speculated.

Whether somebody will be held civilly responsible for Ms. Rivers’ death remains unknown, but one fact remains clear. Patients undergoing any procedure, whether outpatient or inpatient, under anesthesia or not, need to understand the risks of a surgery before going under the knife. This is especially true with elderly patients, for whom nearly all risks related to a procedure are multiplied.

Patients should research the clinic and doctor performing their surgery, even if it seems to only be a small procedure. Doctors make fatal medical mistakes during even the simplest operations, and their patients are often unaware of the possible serious consequences if a mistake is made during even a diagnostic procedure. If a patient is injured or dies during what was supposed to be a simple surgery, there is always a question if someone’s negligence was involved.

If you or a loved one has been injured or lost his or her life during or after a medical procedure, the treatment provider involved may be liable for damages related to the injury or death. The medical malpractice attorneys at Wais, Vogelstein, Forman, Koch & Norman can represent you and help hold the responsible parties accountable for their negligence. Even the simplest procedures can go wrong, and injuries that initially appear minor can have worsening and long-lasting effects. If you think that your doctor or surgeon may have made a mistake, schedule a free consultation today by calling (410) 567-0800 or sending us a message through our website. At Wais, Vogelstein, Forman, Koch & Norman, we will fight to get you the compensation that you deserve.