A hospital in Texas reported last week that a worker contracted the Ebola virus after treating a patient in the hospital for the virus. The initial patient was from Liberia, West Africa, and was visiting his family in the United States when he first developed symptoms of the virus and was hospitalized at the Texas Health Presbyterian Hospital in Dallas. According to an article by the Wall Street Journal, shortly after the initial patient died, a female worker who had been treating him began showing fever symptoms and was isolated. A blood test on the female worker confirmed a positive result for Ebola and likely represents the first transmission of the virus within the United States. 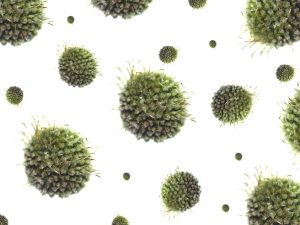 Infectious diseases like Ebola are hard to predict, and it is not always easy for medical officials to ascertain the level of transmission or contamination risk by treating infected patients. Although it may not always be possible to prevent every disease transmission, hospitals and medical staff are required to uphold the medical standard of care and protocol related to the treatment of certain symptoms that a patient is experiencing. According to “top U.S. health officials” cited in the article, “there was a breach in safety protocol at the hospital that treated the Ebola patient who died last week.”

When a patient is being treated at a medical facility, there is always a risk that he or she will contract a disease from other patients who are or were being treated there. The hospital and doctors giving treatment have a responsibility to take reasonable care to prevent transmission and cross contamination of diseases to patients being treated at the hospital. If it can be proven that the hospital or its workers failed to uphold the standard of care and safety protocol for a certain type of treatment, the hospital and medical treatment providers may be held financially responsible for malpractice for the damages related to the disease transmission.

A medical malpractice lawsuit can be filed against the hospital and doctors that failed to follow proper procedures, resulting in a disease transmission. Although not every transmission and cross contamination can be prevented, especially when considering the rate at which bacteria and viruses mutate and change, the standards of care and protocols that are set up will prevent contamination if they are followed perfectly. According to federal officials, the standard of care was not followed in this Texas case, and somebody has been infected as a result. It is not yet known if the infected worker will recover, but the fact that the disease was transmitted in what was supposed to be a sanitary and safe environment raises fears across the country.

If you or someone whom you love has contracted a disease and become ill or died after going to the doctor or hospital for an unrelated illness, you may be a victim of medical negligence and be entitled to damages. The skilled medical malpractice attorneys at Wais, Vogelstein, Forman, Koch & Norman can represent you and help hold the responsible parties accountable for their negligence. Medical protocols are developed on the premise that they must be followed strictly to ensure the patients’ safety. When the protocol is violated and a patient gets sick, the professionals who took responsibility for that patient need to be held responsible. Call Wais, Vogelstein, Forman, Koch & Norman today and schedule a free consultation to see if you may be entitled to damages. Call (410) 567-0800 or send us a message through the website to schedule a consultation today.