Earlier this month in Maryville, Illinois, a jury awarded the mother of a young girl who was born with brachial plexus $1 million in a lawsuit against the doctors who assisted at the birth of the girl. According to a report by one local news source, the lawsuit’s main claim was that the delivering doctors should have performed a cesarean section rather than proceed with a vaginal birth. 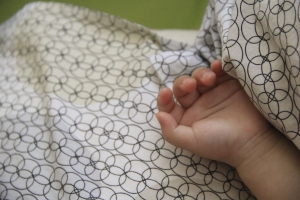 Evidently, medical records show that the child was nine pounds, two ounces, which is larger than normal. This would warrant the cesarean section procedure, the mother claimed. Instead, the delivering doctors proceeded with a normal vaginal birth, and the baby’s left shoulder became stuck in the middle of delivery. This is especially dangerous, since such positioning of the shoulder can deprive the baby of oxygen, causing potentially life-long damage.

The child, who is now three years old, suffers from what is believed to be permanent damage. Also, the condition may be progressive, meaning that it can get worse over time.

The jury returned a verdict in the plaintiff’s favor for damages for disfigurement, disability, pain and suffering, past medical expenses, and future medical treatment for a total of $1 million.

Brachial Plexus Injury
Brachial plexus is an injury most often caused during a difficult birth where excessive force is used to deliver a baby. The injury is to the nerves in the neck and shoulder, where pressure is often applied in cases of difficult births.

In many cases, brachial plexus injury is preventable through undergoing a cesarean procedure, rather than a vaginal birth. However, there are other factors to consider before opting for a cesarean section.

Birth Injuries in Maryland
In Maryland and across the United States, we are seeing an increase in the number of children who are born with serious, permanent, and preventable birth injuries. In many cases, these injuries could have been prevented if the delivering physician would have exercised reasonable care when making key birthing decisions.

When a physician errs, it is often considered malpractice, meaning that the victim of that error can look to the courts of law for compensation. To learn more about how to recover from a birth injury, contact a dedicated Maryland birth injury attorney to discuss your case.

Have You or Your Child Suffered a Birth Injury?

If you have recently given birth, and either you or your child was injured as a result of a questionable decision made by the delivering doctor, it may have been medical malpractice. To learn more about birth injuries, and how they can qualify as malpractice, contact a dedicated attorney to further discuss your case. Call (410) 567-0800 today to set up a free initial consultation with an attorney today.