The parents of a five-year-old boy who was born with cerebral palsy recently filed a lawsuit against a hospital and a clinic that assisted in delivering the boy back in 2008. According to one news report, the boy allegedly suffered from a delayed delivery that required immediate resuscitation. It took hospital personnel eight minutes to place a tube down the boy’s throat so he could breathe. 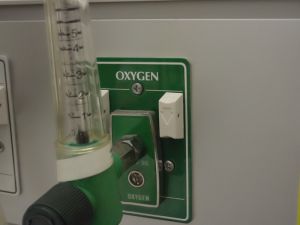 Prior to his birth, the hospital personnel noticed that he had low oxygen levels. They supplied the boy’s mother with an oxygen mask in hopes of increasing his oxygen levels, but it was no help. It was not until eight minutes after he was born that he received the necessary oxygen tube himself, allowing him the oxygen he desperately needed. As it turns out, the resuscitation team was busy working on another patient’s cesarean section, and they were not notified of the boy’s low levels of oxygen until it was too late.

After birth, the boy was sadly diagnosed with cerebral palsy. Currently, he lives with his grandmother in Georgia. He cannot walk or talk, he is in a wheelchair, and he will require a feeding tube for the remainder of his life.

According to the report, the jury hearing the case recently returned a verdict in the plaintiff’s favor for $8.4 million, attributing 100% of the fault to one of the hospitals, Northeast Georgia Medical Center. The other defendant in the case, the Longstreet Clinic, was found to be not at fault at all. The only involvement of Longstreet Clinic was that one of the Certified Nurse Assistants assisting with the birth was employed by Longstreet. Thus, the entire verdict amount must be paid by the Northeast Georgia Medical Clinic.

Birth Injury Cases with Multiple Defendants
As with other types of personal injury cases, it is usually in the plaintiff’s best interest to name all possible defendants in the case from the beginning. That way, the jury doesn’t attribute fault to a non-party.

If fault does get attributed to a non-party, the plaintiff’s opportunity to recover may forever be lost because cases generally can only be brought one time, even if against different defendants. Therefore, it is best to speak with an experienced birth injury attorney before filing any kind of medical malpractice suit.

Have You or Your Child Been Injured in the Birth Process?

If you have recently given birth and believe that there was some kind of mistake made by the attending physicians, you may be entitled to monetary compensation for your injuries or loss. But be warned that hospitals often retain teams of dedicated lawyers to defend them. It is therefore in your best interest to seek out a dedicated attorney of your own who can help you with the complex issues that may arise in the course of litigation. To speak to a skilled and dedicated birth injury attorney today, call (410) 567-0800 to set up a free initial consultation.