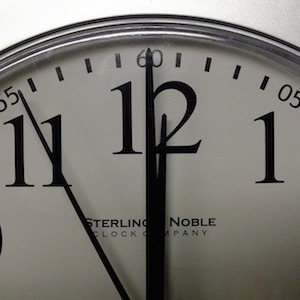 State law establishes deadlines for filing lawsuits, known as statutes of limitations. Some states also require that a plaintiff give notice to a defendant prior to filing suit. Failure to meet these deadlines could result in dismissal of a claim. The deadlines may have some flexibility, such as in situations where a claimant could not have learned of an injury until some time had passed. An appellate court in New York ruled against a plaintiff earlier this year in Abad v. New York City Health and Hospitals Corp. The plaintiff was claiming birth injuries caused by the defendant’s negligence, but the court found that the plaintiff missed the deadline by waiting until seven years after the claim accrued to serve formal notice on the defendant.

According to the court, the plaintiff’s claim for injuries accrued when the hospital discharged him on September 13, 2002, six days after he was born. An expert witness for the plaintiff stated that the fetus was deprived of oxygen during labor. After a placental abruption and the detection of anemia, the plaintiff was placed in the neonatal intensive care unit (NICU). In June 2004, when the plaintiff was almost two years old, he was diagnosed with pervasive development disorders (PDD). This is a broad category of conditions involving different forms of delayed development, including autism and Asperger’s syndrome.

Many states require a notice of claim, which simply identifies the alleged injury and describes the claim, before a plaintiff can file a lawsuit. Maryland law requires a different procedure to initiate a medical malpractice claim. Under New York City law, the plaintiff had ninety days to serve notice of the claim on the defendant. The court states that this deadline passed on December 14, 2002. The plaintiff and his mother served a notice of claim on the hospital in May 2005, and they filed suit for medical malpractice in January 2006.

In October 2009, more than seven years after the date the claim accrued, the plaintiff filed a motion asking the court to deem the 2005 notice timely served, known as a motion nunc pro tunc. The motion basically asked the court to use its discretion to allow the case to proceed despite the missed deadline. The court denied the motion and dismissed the case, and the plaintiff appealed.

The birth injury attorneys at Wais, Vogelstein, Forman, Koch & Norman have over 100 years of collective experience pursuing claims for injuries caused by the negligence of doctors and other medical professionals in Maryland and Washington, D.C. To schedule a free and confidential consultation with a knowledgeable advocate, please contact us today online, at (410) 567-0800.

By Wais, Vogelstein, Forman, Koch & Norman, LLC | Posted on July 7, 2014
« Primary Care Physicians Most Often Sued for Failure to Diagnose Heart Disease in Women, According to Study
Amputee and Husband Awarded Over $25 Million in Malpractice Case As Jury Agrees on Significant Medical Error »