Primary Care Physicians Most Often Sued for Failure to Diagnose Heart Disease in Women, According to Study 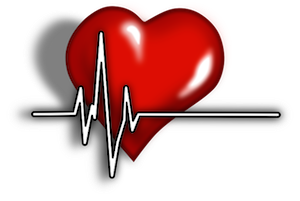 According to the Centers for Disease Control and Prevention (CDC), nearly 300,000 women died from heart disease in the United States in 2009, which accounts for about 25 percent of all women who died that year. Nearly half of all women in the U.S., however, are unaware that heart disease is the leading cause of death. The number of men and women who die from heart disease each year in this country is now about equal, but women seem to suffer fewer recognizable symptoms. The CDC reports that, among women who suffer a sudden, fatal heart attack, 64 percent had not reported any prior symptoms. Women often experience different symptoms than men in connection with heart disease, which they may not connect with the risk of heart disease. This is why diagnosis by a physician is important.

A study by The Doctors Company (TDC), a medical malpractice insurance provider, examined 41 claims involving injuries and deaths in female patients allegedly caused by heart disease. While this may not be a statistically significant sample, the study offers some ideas of when and how misdiagnosis commonly occurs. The study found that failure to diagnose heart disease resulted in the patient’s death in 61 percent of the cases. It further found that primary care physicians (PCPs), rather than cardiologists or emergency medicine physicians (EMPs), were most commonly alleged to have made the wrong diagnosis. PCPs accounted for half of all of the respondents in the claims, and cardiologists and EMPs each accounted for about 20 percent.

A case study included in TDC’s report describes a 47-year-old woman who presented to her PCP with complaints of chest pain, described as a burning sensation, after meals. The PCP diagnosed her with reflux esophagitis (heartburn) and sent her home with an antacid. Two days later, she called to complain about continued pain. The nurse scheduled her for a follow-up appointment the next day, but the woman died in the emergency room of acute myocardial infarction (heart attack) that night. Among the risk management tips offered by TDC, they recommend ruling out imminent heart attack before making any diagnoses of gastrointestinal conditions.

Wais, Vogelstein, Forman, Koch & Norman’s medical malpractice attorneys have represented clients in Maryland and Washington, DC for over 20 years, helping them recover damages for losses and injuries resulting from medical negligence. We are available 24/7 and can visit you in your home or at the hospital.