A medical malpractice lawsuit filed by a man and his wife claims that a cardiologist breached the standard of care, which resulted in a disabling heart attack. The lead plaintiff (hereinafter the “plaintiff”) in Mastropierro v. Hutchinson, filed in the 24th District Court of Orleans Parish, Louisiana, claims that the defendant treated him for angina and other heart-related conditions, but did not implant stents in his arteries. He suffered a heart attack about two weeks later, which has left him unable to work. The lawsuit asserts claims for medical expenses, lost wages, and other pecuniary and non-pecuniary damages for the plaintiff; and for loss of consortium for his spouse. 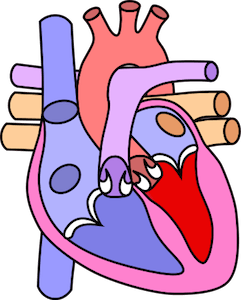 According to media reports, the plaintiff received treatment from the defendant in the fall of 2009. He was experiencing angina, which refers to chest pain commonly associated with coronary artery disease, as well as numbness in his hands. The defendant performed an angiogram, and on November 6, 2009 he performed a cardiac catheterization for two blockages in the plaintiff’s arteries. The defendant allegedly told the plaintiff that if stents were required, they would be implanted during that procedure.

A stent is a tube made of metal or plastic mesh that is implanted into a coronary artery, typically after an angioplasty procedure, to prevent further blockage. The plaintiff claims that he consented to stent implantation prior to the November 6 procedure, and that the defendant found multiple concerns during the procedure. The defendant did not implant any stents at that time, however, and the plaintiff was discharged from the hospital. On November 25, 2009, the plaintiff suffered a myocardial infarction, the medical term for a heart attack. He was taken to the emergency room, where a stent was inserted and blood flow was restored.

For more than twenty years, Wais, Vogelstein, Forman, Koch & Norman’s medical malpractice attorneys have represented Maryland patients and their families, helping them recover damages for injuries resulting from medical negligence such as misdiagnosis, surgical errors, or medication errors. We can visit you in your home or at the hospital and are available 24/7. To schedule a free and confidential consultation with a knowledgeable advocate, please contact us today online.