Hospital Performed C-Section Against Patient”s Will, According to Medical Malpractice Lawsuit 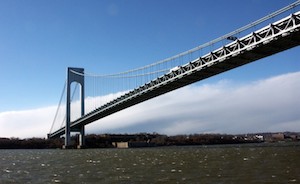 A mother is suing the hospital where her third child was born, as well as two doctors and their medical practices, claiming that they performed a cesarean section, or c-section, to deliver her third child against her express wishes. She had given birth to her first two children via c-section, but wanted to deliver her third child by VBAC (“vaginal birth after cesarean”). She alleges that the hospital ignored her wishes when she went into labor, and that they performed a c-section without following the hospital’s own protocols. The procedure allegedly resulted in multiple injuries, which are the basis for several of the claims the plaintiff is asserting in Dray v. Staten Island Univ. Hosp., et al.

A c-section can create risks for subsequent pregnancies, such as weakening of the uterine wall after the incision heals. The rate of c-section births has increased considerably, however, from about five percent of all births in the U.S. in 1970 to more than thirty-one percent in 2007, according to the American College of Obstetricians and Gynecologists (ACOG). Concern over the risks believed to be associated with VBAC has led many hospitals to refuse to perform them at all. Others try to require mothers to authorize c-sections in advance. In a few cases, child protective authorities have even characterized refusal to agree in advance to a c-section as child abuse. ACOG and others organizations have stated that the risks associated with VBAC are not as grim as they are often portrayed.

According to media coverage of the case, the plaintiff experienced difficulties while covering from her two previous c-sections. During her third pregnancy, she investigated VBAC and came to believe she would be a good candidate. She selected the defendants, after interviewing multiple providers, because they responded positively to the issue of VBAC, although they made no guarantees. The plaintiff went into labor on or about July 25, 2011 and went to Staten Island University Hospital. Several hours into labor, the hospital’s attending physician allegedly told her that he would only examine her if she consented to a c-section. She refused, and she claims that a hospital attorney authorized the doctors to perform the procedure anyway.

During the procedure, the plaintiff claims that she suffered perforations to her bladder, and that the defendants did not respond to or treat this injury in a timely manner. She also alleges that the doctors, when making their decision to overrule her instructions and perform a c-section, did not contact or allow her to consult with the hospital’s patient advocate, nor did they consult the hospital’s ethics department.

The plaintiff filed suit against the hospital, her two doctors, and their practice group in the Supreme Court of Kings County, New York in January 2014. She filed an amended complaint on April 11, 2014. The lawsuit asserts causes of action for ordinary negligence and medical malpractice, claiming that the defendants committed multiple breaches of their standards of care. It also claims lack of informed consent and violations of New York’s Patient’s Bill of Rights Statute, which allows a patient to refuse treatment.

For more than twenty years, the birth injury lawyers at Wais, Vogelstein, Forman, Koch & Norman have represented the rights of people in Maryland and Washington, D.C. who have suffered injury due to the negligence of doctors and other medical professionals. To speak to a knowledgeable advocate about your birth injury or other medical malpractice issue, please contact us today online, at (410) 567-0800 to schedule a free and confidential consultation.