Nine former professional football players have filed a class action lawsuit against the National Football League (NFL) for medical monitoring, negligence per se, and other claims. Their amended complaint, filed in the United States District Court for the Northern District of California in early June 2014, describes extensive use of painkillers by the league over the past five decades, allegedly in violation of federal and state law as well as medical ethics rules. They allege a wide range of health problems stemming from the administration of painkillers, allegedly at the NFL’s insistence, including side effects from the drugs themselves and complications caused by inadequate healing time and use of painkillers to mask prior injuries. The defendant is not a medical organization, but the plaintiffs assert causes of action commonly found in medical malpractice claims. 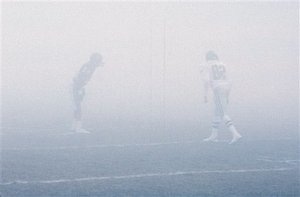 The plaintiffs include Hall of Fame member Richard Dent, who played defensive end for the Chicago Bears and was Super Bowl XX’s MVP, and his former teammate Jim McMahon. They allege receiving extensive amounts of painkiller injections, numbering in the hundreds or thousands. The use of these medications allegedly resulted in addiction, injury, and other health complications.

The complaint identifies three types of painkillers allegedly used by the NFL since at least 1969: highly-addictive opioids, non-steroidal anti-inflammatory drugs (NSAIDs), such as aspirin and ibuprofen, which have been linked to kidney damage after long-term use, and local anesthetics such as lidocaine, which are used to numb a specific area and are linked to cardiac issues in some patients. The NFL allegedly supplied players with opioids and NSAIDs, both directly and indirectly, and encouraged their use. The league also allegedly administered local anesthetics to injured players on game days to enable them to play.

Many of the medications allegedly administered to players are listed as Schedules II, III, and IV controlled substances under the federal Controlled Substances Act (CSA). These are drugs that have been deemed to have a legitimate medical use but that also have the potential for physical or psychological dependence. Schedule II drugs, including opioids, have a “high potential for abuse,” possibly leading to “severe psychological or physical dependence.” The CSA establishes regulatory and criminal enforcement mechanisms.

The Federal Food, Drug, and Cosmetics Act (FDCA) further prohibits dispensation of controlled substances, except by licensed pharmacists with a prescription. State laws additionally define controlled substances and regulate their use and dispensation. The plaintiffs also cite the American Medical Association’s Code of Medical Ethics and an ethics opinion specifically identifying a physician’s duty to protect athletes’ health and safety.

The lawsuit asserts nine causes of action, including several commonly found in medical malpractice claims. It claims medical monitoring for the increased risk plaintiffs allegedly face of addiction, health complications, and latent injuries. It accuses the NFL of fraud and fraudulent concealment, and it asserts negligence per se for alleged violations of the CSA, the FDCA, and other statutes. The plaintiffs also allege negligent misrepresentation, claiming that the NFL “assumed a special relationship” that imposed a duty on it to inform players of all known dangers and risks associated with the medications.

Wais, Vogelstein, Forman, Koch & Norman’s medical malpractice attorneys have fought for the rights of Maryland patients and their families for more than two decades. We have extensive knowledge of the laws and procedures governing Maryland medical malpractice lawsuits. We are available 24/7 and can visit you in your home or at the hospital.